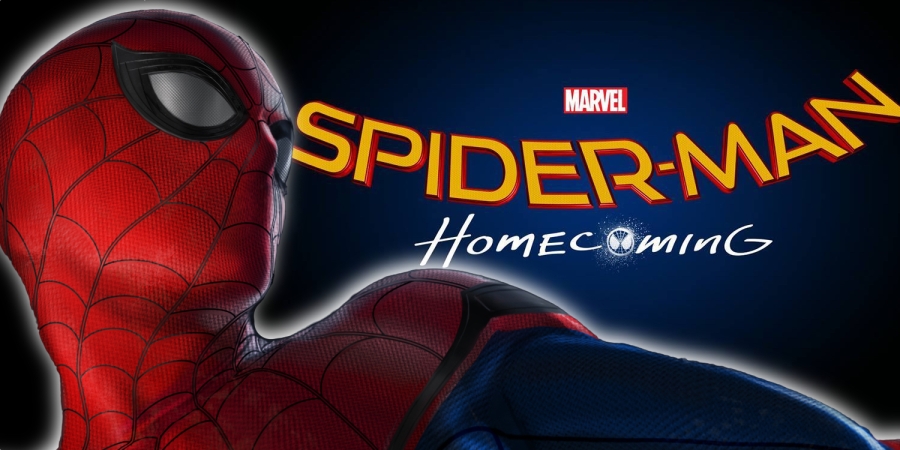 Peter Parker: “I’m sick of Mr. Stark treating me like a kid.”

Peter Parker: “Yeah. A kid who can stop a bus with his bare hands.”

After five previous iterations comes the newly crowned Spider-man in the form of the young English actor Tom Holland who is probably the closest in age to Peter Parker than either Tobey Maguire or Andrew Garfield ever were, as well as being fresher of face and quite an original choice. After the two failed “Amazing Spider-movies” both critically and ultimately financially, it seemed rights owners Sony had dug themselves into a bit of a hole – with that desperation Kevin Feige pounced (him the overlord of the MCU at Disney) was able to strike a deal that allowed Disney to use the character in (introducing Tom Holland) “Captain America” Civil War” (2016), then steering the direction of this new Spider-Man movie into a much better proposition – one that people will actually like as well as making money at the box-office – it would seem they have succeeded in both. I have to say here that is not only a great Spider-Man movie but an exceptional comic book movie, something Warners could still take a lesson from after the last half hour of “Wonder Woman” (2017).

This movie begins in 2012, Tony Stark and the federal government create the U.S. Department of Damage Control (D.O.D.C.), driving salvage company owner Adrian Toomes (Michael Keaton) out of business after the battle of New York in “Marvels Avengers” (2010).

Years later, after preventing Toomes’ associates from robbing an ATM, Peter (Tom Holland) returns to his Queens apartment only for his best friend Ned to discover his secret identity. On another night, Peter comes across Herman Schultz and Jackson Brice selling Chitauri weaponry to local gangster Aaron Davis. When he tries to intervene, Peter nearly loses his life at Toomes’ hands but is rescued by Stark at the last minute.

The movie then moves on into the story, with great relief that we do not have to sit through yet another origin story, in this new incarnation Peter already has his powers, of course we have already seen them in another MCU film, so introductions are not required – this is so refreshing which can be seen as the mark of Kevin Feige, he is a real master when it comes to the MCU, I only wish other companies – I am looking at you Fox – would do something similar with the properties they own and have treated dismally (Fantastic Four anyone?).

I do have to admit that when the creative team was announced I was not looking forward to this movie, the director is Jon Watts, yet another independent film maker, as well as the writing team of Jonathan Goldstein and John Francis Daley. Those writers who had previously written the underwhelming remake “Vacation” (2016), as well as the creators of the “Horrible Bosses” (2011-2014) movies – not inspiring stuff at all. However, amongst there work there was one bright spot, which was “Cloudy with a Chance of Meatballs 2” (2013) a very good animated movie as well as being an even better sequel. So it is great to see these two writers being a part of a global franchise where they can just concentrate on a great story – where set up is not a part of their brief – just a plot that makes sense, has humor but as like all of the MCU movies it has heart as its center – not gimmicks, violence or other distraction – just what it means to be a young guy trying to make a mark when all he has to do is follow his heart. John Watts on the other hand has had a lot of experience, as well as having a long career in a variety of genres and formats. Even though his largest success was the Kevin Bacon starrer “Cop Car” (2015), my favorite film of his was his theatrical debut, “Clown” (2014), a horror movie where a man puts on a cursed clown costume and is unable to remove it – just great original film-making (there are aspects of that story here with Peter and his new suit). Here Watts is taking a genre movie, that he had a hand in writing as well as putting a twist on it to keep the audiences engaged with a property they have seen five times previous – Watts does a great job of managing the action, the narrative as well as the plot which is enormously layered for a comic movie – it has to set up quite a bit for the coming sequels. The last fifteen minutes of the movie are priceless with a great cameo, as well as a nod to other versions of out friendly neighbourhood Spider-Man.

As with all Marvel films (the Disney ones anyway) the casting is perfect, with Tom Holland in the title role who gives as much of his performance as Peter as he does as Spider-man. If you have seen Holland in his breakthrough performance in “The Impossible” (2012) you will know he is a young man with an incredible talent that will only grow in time – the only question is can he be the lead in a major motion picture, that question is answered about half way through the movie as you can see he is relishing this worldwide stage to give one of the more fun and personal performances yet in the MCU. It is so much fun to see Spider-man being played and enjoyed, much like Tobey Maguire did in “Spider-Man 2” (2004), just an actor having a great time with one of the more original characters created by Stan Lee.

Its hard to just say the ‘rest of the cast’ as the caliber is so high, Michael Keaton as the antagonist, ‘The Vulture’, once again shows why he was a superstar throughout the 80s and 90s – with a well deserved and hard fought career resurgence he shines here, with a ferociousness that he takes from the script but translates so that it leaps off the screen. If you thought Robert Downey Jnr. was a captivating hero, wait until you see Keaton as a villain. Marisa Tomei as Aunt May, Jacob Batalon as Ned and Donald Glover as Aaron Davis all round out the cast and give support to movie where it is needed. One of the great aspects of the movie is that no one or nothing out shines Tom Holland as the centre piece of this movie – it may have been tempting to give others the emotion thereby protecting the young actor, but this is not the case and he shines under his own steam, this is to his merit for such a young man – Holland like this new Spider-Man is the real star and revelation in this true Summer blockbuster.

Of course the real story here is how this new film fits into the Marvel Cinematic Universe (MCU) as well as how fans have been wanting a combined story with all the Marvel characters – if this is a success (there is no doubt people will love this movie) maybe we will see the Fox Universe, with all its X-Men make an appearance, so far the word is no, but really this film was not on the cards just a few years ago. The great thing is that Tom Holland will be making appearances in upcoming Marvel movies which is an injection of youth these films required to stay current as well as attracting new audiences – it also gives Sony its third platform to lauch some more Spider-verse characters – lets hope they don’t stuff that up – their track record has not been great.

This new movie offers much in the way of story, as well as some twists on some previous storylines, we also see the return of some MCU characters that maybe we though were done with – I found those to be a welcome return. What this film does is give a nice first outing while re-setting some of the older Spider-Man charcters, as well as introducing old favorites directly from the pages of the comics as well as hinting at some future characters that will make a splash in the inevitable sequel. What this movie does not so, and I am thankful for that, is to keep us guessing or clumsily setting up a sequel – the people behind this were not counting their chickens, which is something the MCU learnt from “Iron Man 2” (2010).

Go and see this now – take the entire family they will love it.