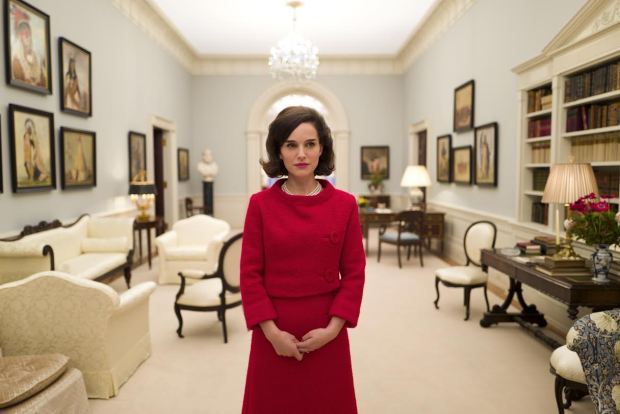 Jacqueline Kennedy: “I’m not the First Lady anymore. I lost Jack somewhere. I was real, that was performance.”

So much has been written and filmed about ‘Camelot’ and the Kennedys that “Jackie” (2016) isn’t the first and surely will not be the last project about the JFK and his wife, Jacqueline. This film alone has gone through a number of iterations including once being attached to Darren Arynofsky as director, although he now serves as producer, and this is how Oscar winner Natalie Portman comes to it in the title role, as Jacqueline Kennedy.

The film follows Jackie Kennedy in her final days as First Lady in the White House and her life following the assassination of her husband, President John F. Kennedy, in 1963. It focuses on Theodore H. White’s Life magazine interview with the widow at Hyannis Port, Massachusetts.

Pablo Larraín and his cinematographer Stéphane Fontaine film Portman and the other characters in close up, providing a challenge for all the actors as well the lighting department, who have to be ready and not let up on their performances at all. It is no coincidence that Fontaine has shot two other magnificent looking films this year, “Elle” (2016) and “Captain Fantastic” (2016), and no surprise that both films are making critics top 10 lists, they are both remarkable in their own right.

Portman’s portrayal of the title character delivers what must be the performance of her career,behind her “Black Swan” (2010) character, Nina, which won her the Oscar that year. This one, whilst based in fact, as well as some fiction, sees her not relying on physical moments, but in her eyes, her make-up and that voice. We see her nervous before the events in Dallas unfold, as well as the immediate aftermath of the assassination, the funeral arrangements and an interview with Life Magazine much later. There is also footage of a TV Special that was a tour of the White House with Jackie, we see behind and in front of the camera – the first time Jackie has been seen in public and was presented to a huge audience – there is much reference to Lincoln, who was also assassinated after some pretty major historic events.

This isn’t a one person show and the supporting cast of Greta Gerwig, Billy Crudup and John Hurt all give great performances but it is Peter Sarsgaard as RFK, who stands out as not a caricature of the great man, which with the accent it could have been, but in at least one part you sense the loss in his soul not only for himself and his famliy, but also the country.

The narrative and style of the film has thrown many, which is one of the reasons it has been nominated for only three Oscar’s, Natalie Portman, composer Mica Levi and costume designer Madeline Fontaine. This is definitely a mood and character piece – illustrating the break down and restoration of not only a woman as well as being representative of an entire country that had just seen their husband/President killed in front of their eyes. There is no way to tell what effect this would have on Jackie and the entire Nation – the times they were changing.

Larraín who has directed many films including the excellent “Tony Manero” (2008) and “No” (2012) both period pieces which reflect different political climates in times when there was much unrest. All three films also deal with celebrity as well as what it means to be popular and where the public and private personas begin and end. With “Jackie” you are witnessing the end of one story and the beginning of another – Jackie the character is finding it hard to move from one life to another something Portman shows in an all too realistic way.

Mica Levi who also composed the music for the dramatic science fiction “Under the Skin” (2012) again has composed music that haunts the film in an ethereal way that while it does not cue feelings in an obvious way makes us think along with Jackie about what she is going through. The soundtrack is not overpowering but hangs within the film where we can hear it complimenting each scene with such an affection for the story that one must have the other – they are linked in such a loving way.

The tragedy of the Kennedys has been written about for almost sixty years, and this film reminds us of a lot and what happened over such a short period of time. The strangeness of how the world must have felt, which becomes apparent when we see parallel scenes of Jackie talking about the day of the assassination while Oswald is being shot live on TV by Jack Ruby – it feels surreal and you could not make up what happens over the hour and half of the running time.

This is a must see and one of the movies of the year, whilst another actress is being talked about in the Oscar race, I cannot help but think this is at least worthy of serious consideration as the best performance of the year. 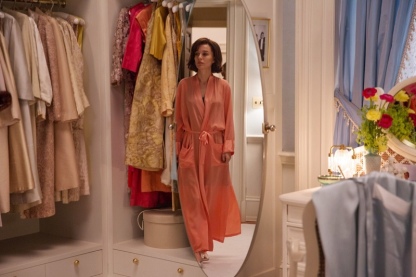 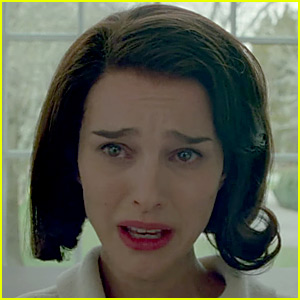