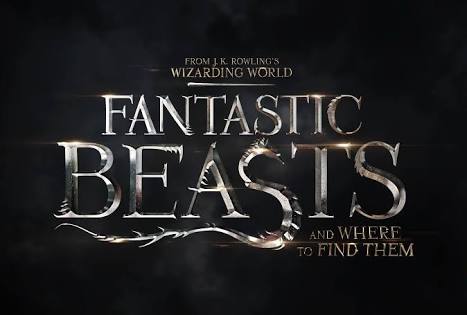 Percival Graves: “You’re an interesting man, Mr. Scamander. Just like your suitcase, I think there’s more to you than meets the eye. Kicked out of Hogwarts for endangering human life with a beast, yet one of your teachers argued strongly against your expulsion. I wonder… what makes Albus Dumbledore so fond of you, Mr. Scamander?”

It’s 1926, Newt Scamander (Eddie Redmayne) arrives in New York, carrying a mysterious suitcase that is home to dozens of magical creatures that he has saved from around the world.

In the streets of New York, he comes across Mary Lou Barebone (Samantha Morton) preaching about the existence of witches and other magical people. While Newt listens to Mary Lou, a Niffler, a small furry creature attracted to precious metals and gems, escapes from his suitcase and runs into a bank. Newt chases after it, causing mayhem everywhere and inadvertently dragging along a “No-Maj” (American Muggle) named Jacob Kowalski (Dan Fogler), a World War I veteran and canning factory worker who is at the bank seeking a loan for a bakery. After retrieving the Niffler from the bank vault, Newt takes Jacob outside and prepares to obligate (wipe his mind) him, but Jacob strikes him with the suitcase and escapes. Porpentina “Tina” Goldstein (Katherine Waterston), a demoted auror, arrests Newt and takes him to Seraphina Picquery, the president of MACUSA (the Magical Congress of the United States of America), who dismisses them as unimportant.

From here the plot moves along at a real place, we are introduced to many characters and a huge back-story, the real issues of the film start to form around Newt, Tina and Jacob and they become part of a larger narrative – much bigger than what resides in the mysterious suitcase. The film is a prequel (of sorts) and so we hear familiar terms and names muggle, Hogwarts and Dumbledore, you cannot help but smile when these subjects are talked about – it is actually quite refreshing to make the link from this film to the Harry Potter series. But, make no mistake about it, this film and the ones to follow are not about children but adults, in a much larger world that is going to be overtaken by a very real fascist and a war that will reshape their environments.

As usual for these films there are plenty of great actors involved, and they all know their place in supporting Eddie Redmayne as Newt, such as Katherine Waterston, Ezra Miller, Samantha Morton, Jon Voight, Carmen Ejogo and Colin Farrell. But my personal favorites are the scene stealing Dan Fogler as Newts new friend Jacob, and Alison Sudol as Queenie, Tina’s roommate, who happens to have a thing for Jacob and has her own unique magical powers. They are both revelations in their roles and I found them both to be most interesting and I can only hope they will somehow return for the sequels.

This film is once again directed by David Yates, fresh of the very average “The Legend of Tarzan” (2016) and returns to the world he knows so well, maybe even better than Potter author and screenwriter here J.K.Rowling, in a cinematic sense anyway – after all Yates has directed the four most successful Potter movies and will return for four more Fantastic Beasts sequels.

This first film has a few differences to the original films, it is set in New York in a mostly human world and there are few children in sight. And in this story even when children do appear humans are using them. There are many parallels between the Salem Witch Trials and in a possible coming Fascist state, there is indeed war brewing not only between the humans, but also the magic states that exist in this world.

I, without hestiation, recommend this film to all, but particularly to adults as well as children – there is none of the heavy adolescent angst that permeates the other Harry Potter films and that is a welcome relief.

If you enjoyed this then try:

The Harry Potter Series of course