Elise Rainier: “I’m going to get the attention of all the spirits in this house. I need things that were important to Garza. Specs, go upstairs. There is a bible he held very dear to him. It was a red, King James version; I need you to find it. Take Imogen with you.”

You can’t blame Blumhouse studios for flogging a dead horse even when it looks like a horror franchise may be dead or has run out of steam, there is always a way to bring it back to life. With their now infamous stringent low budgets there is very little risk of producing any movie, if it fails it is not a big loss so as the saying goes nothing ventured nothing gained. After a stupendous 2017 with two massive international hits in “Get Out” (2017) and “Split” (2017) it may have seemed that success could not get much better or bigger. But with their first release this year, the fourth entry into the ‘Insidious’ franchise, the aptly named “Insidious: The Last Key” (2018) Blumhouse has once again hit gold with a global take of US$166 million on a US$10 million budget, they must be laughing all the way to the bank. Of course box office receipts does not always translate to a good movie, here we have what is critically the case of ever decreasing returns, on a franchise that story wise probably ran out of puff after the second instalment. When watching this new movie it is obvious that building a franchise around an interesting character from the first two movies, that being Lin Shaye, is a mistake as is retrofitting an origin story around her that seems tacked on at best, as well as destroying any mystery from the first two instalments.

Of course the real person behind these movies creatively is screenwriter come actor Leigh Whannell who has over the course of this century launched this franchise as well as the “Saw” (2003-2017) franchise – both of these being a blessing and a curse. When “Saw”(2003) burst onto the screens it was a somewhat breath of fresh air with the post 9/11 malaise that existed as well as something that was welcomed after the breakout horror of “The Blair Witch Project”(1999). It was all visceral and blood with some great B list actors thrown in for fun. It ushered in the way for torture porn and gave birth to Eli Roth and his non subtle version “Hostel“ (2005). For the next few years he was in horror hell until reteaming with James Wan (who it has to be said has now transcended horror) to bring “Insidious” (2010) to the screen (along with super horror producer Jason Blum) – now with the fourth film and Wan off to do better things Whannell is the sole driving force – for much worse. As you would expect with the first two movies being essentially Parts 1 & 2, as well as being directed by Wan, they are the best and most compelling. However Whannell himself directed the third which is was a major let-down, now for this latest edition they have enlisted relative newcomer Adam Robitel – whose only previous credit is the semi-interesting low-budget “The Taking of Deborah Logan” (2014), it shows as this new movie is in a similar vein as that with no new creative ground – except maybe a bigger budget.

This new movie begins before the events of the first three movies as Elise (Lin Shaye) works as a paranormal investigator with her two colleagues, Specs and Tucker, taking clients via phone calls. One day, Elise receives a phone call seeking for help. The client, Ted Garza, claims that he has been experiencing paranormal activity since moving into his house. While on the phone, he reveals that he is living in Elise’s childhood home. Hesitant at first, she explains to her colleagues what happened to her during her childhood, then deciding to accept the job in order to make things right.

Firstly as a budding filmmaker I give all respect to Blumhouse for what they have been able to do, not only as a business model but also to make the horror genre as successful as well as accessible in multiplexes not only in North America but globally, it is a feat of epic proportions. The production budgets on all these ‘Insidious’ movies has been less than US$40 million dollars, globally they have grossed more than US$500 million, in anyone’s books that is a win – game over, thanks for playing, I now look forward to “Insidious 17: Welcome to the Attic” (2033) – thank you audiences!

However there is another side to this success, that is, are these movies good, watchable or even worth going to see at the movies as opposed to say Netflix where Blumhouse has a deal where you could see baby-Blumhouse productions like the very good (and micro-budgeted) “Creep” (2014) and its sequel “Creep 2” (2017). My answer is pretty simple, that is I would not go to the movies to see any of the sequels to the excellent “Insidious” (2011), which like many firsts was stacked with great talent as well as an up and coming director with a story that was pure horror invention – ‘the further’. A place that can spawn any number of horrors, the only limit is imagination.

“Insidious: The Last Key” (2018) attempts to cast well, but when the lead of your movie is Lin Shaye whose entire career is predicted on nepotism it is hard to see her performance as anything but strictly routine as well as one note – which in fact all of her performances are – looking back she really does play one note characters. So here she just plays the person from the first movie without a real hint of difference, the only saving grace is that if any more movies are to come her character might not be around as they have quasi replaced her here with a younger version – although still not a great actress. The issue here is contrast – in the first movie the cast was Rose Byrne, Patrick Wilson and Barbara Hershey who all did the heavy lifting for Shaye who just had to show up and be herself for a small amount of the running time – here she appears in a major proportion of the movie which makes it significantly worse – the same can be said of her sidekicks Tucker (Angus Sampson) and Specs (Leigh Whannell). Wisley though character actors Bruce Davison, Kirk Acevedo and the always surprising Josh Stewart are along for the ride illustrating perfectly the how horror characters should be portrayed realising immediately what kind of movie they are in as well as adjusting performance when needed – for me it is seeing these three that makes the movie even watchable.

Sure I get it this is a prequel made to explore Elise’s story as well as her sidekicks, it also serves as a ham fisted way to directly link to the first film, which it does. However the execution as well as the horror tropes that are evident are unsurprising and ham-fisted which is a weakness of the horror genre which is why when making one, and for it to be considered good it is vital that themes are explored and it is somehow different, no matter how small that difference is – none of that is evident here. This is a standard haunted house story with a mean father, put upon mother, resentful siblings and a niece who is clueless, until the end of course where there are revelations galore. This is a missed opportunity to recast Elise in her 20s or 30s or even 40s giving us some real insight into her as well as bringing some original scares to the series, also with a way to easily greenlight cheap sequels – Shaye herself could bookend these thereby still having her appear and anchoring the series.

If you are looking for entertainment in the way of horror then you could worse than “Insidious: The Last Key” but I would wait until the release of “The Quiet Place” (2018).

“Insidious: The Last Key” is out now. 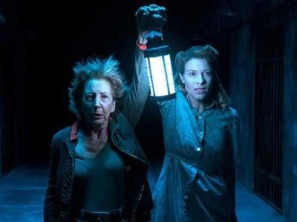 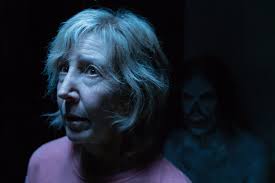 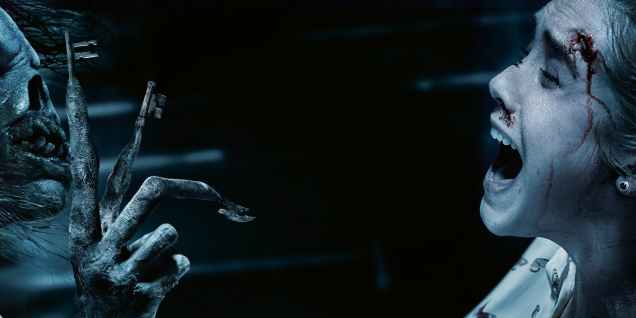 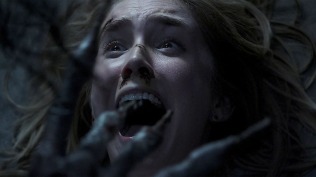 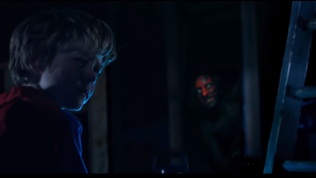