Another week and another Netflix original movie, this time a genre piece called “The Titan” (2018) something of a Sci-Fi experiment, obviously shot on the cheap with inexperienced director as well as screenwriter littered with B list actor’s hoping to make something that is at once different but attempts to speak to some of the issues in today’s world. On most fronts they have not been successful, in fact this is not even a fun Sci-Fi piece, taking itself far too seriously. The very idea that this film was greenlit or even contemplated is astonishing, it is a victim of the need for Netflix to create as well as keep their own properties. This is one of the reasons that there is such a vast difference in quality from one release to another with seemingly no pattern or regularity, that is except for the sheer volume of movies and television that shows up each week in their App.

This is a movie that represents the work of an untested screenwriter who really has only worked on some middling television shows, as well as a director that has only ever been at the helm of short films. So to hand over a genre movie with such high ideals as well as themes that would be gold in the hands of more experienced people is a crime. Whilst genre movies are the bread and butter, as well as proving grounds of new writers and directors they normally would reduce risk by employing small casts, low budgets, interesting narratives, impressive visual flair, an understanding of the genre as well as compact locations. One of the best examples is James Cameron’s “The Terminator” (1984) which met all of these salient points (breaking a few rules on the way) as well as actually being extremely complex, “The Titan” is a failure on all counts, which is unfortunate as the premise it was based around was interesting, to a point. That is the issue, this is an idea but not a thought out planned narrative feature – something that is learned through education or experiance.

The movie is centred around US Air Force pilot Rick Janssen who is chosen for a military experiment (actually volunteered) that will create a human being capable of surviving the harsh environments of Saturn’s moon, Titan. The experiment is successful, turning Rick into a super-human, but it also creates deadly side-effects, which threaten the life of Rick, his wife and family, and possibly humanity itself.

There are so many issues with this film it is difficult to know where to start but at the top has to be the vague themes that are employed to service the clumsy as well as nonsensical plot that forms the backbone of this movie. The movie makes a point that the Earth is facing some serious crises both from the effects of runaway population growth (although there is some solution with other issues facing us), as well as global warming, the pollution that is an offshoot of that, war (of course) and many other salient issues. The filmmakers solution is to reengineer humans and send them off to another planet, the eponymous Titan of the movie. To say that this is a novel solution is to play into some of the many flaws in this movie. Not only that, this also plays into another aspect of the movie that is fairly weak, that is the scope and budget of the movie which is extremely limited in both its effect as well as keeping an audience interested. There are some vague explanations of the science, but none of it really sticks, not only that but the testing if it could be called that comes right out the “Deadpool” (2016) technique of creating mutants – which even there was a little bit of a stretch but it did get the audience to the good parts of that movie. In “The Titan” the entire plot is so telegraphed that by the time it gets there, it feels so overbaked you will be wishing for the end to come.

Another aspect of the movie that could have been its saving grace would have been to cast actors that could pull of the ridiculousness of the tired plot. Unfortunately the lead of the movie is Sam Worthington, an Australian actor who has tripped his way to fame through appearing in James Cameron’s “Avatar” (2009) and being thrust on to the international stage. What has become apparent in all his movies post “Avatar” is that he is not a particularly believable or good actor. To continually be in genre films as an actor there needs to be an element of ‘buy in’ from the cast which is severely lacking here, all the principles seem to all be under the impression they are in very different movies. Then there is the casting of Taylor Schilling as Worthington’s spouse who coincidentally understands from  a scientific point what is going on. Schilling who rose to fame in the Netflix show “Orange is the new black” (2013-present) is a passable actress but here is out of her depth in what has to have been a favour to someone. The movie is rounded out with “Game of Thrones” (2011-present) supporting stress Nathalie Emmanuel who here proves she is a definite one note actress, Tom Wilkinson who is slumming it here and finally rising actress Agyness Deynwho really offers nothing original as a scientist who changes tone like some people change socks.

The way “The Titan” has turned out is for me directly down to a weak lazy script as well as a lacklustre technique in terms of the direction of not only the actors but the action as well. When writing a screenplay that is genre based it is important to keep the plot as well as the characters moving forward in some way, that does not mean to say that there is non-stop action, but motivations as well as an anchor to a real world must stay in play or the entire movie is flawed as well as predictable and boring. Think about “The Terminator” for a moment, all of the sequences, plot points and motivations not only move forward (even though the entire movie is set in a past for two of the main characters) but the movie is entertaining and does not have a traditional ending. With “The Titan” much of the movie is spent with characters either talking about what is happening or explaining problems, this is very little visual flair. Also as I have stated if you think about the plot it makes very little clear sense, in genre pieces abandonment is never a successful solution to anything, not only that it is psychologically harmful, which leads to the ending of the movie which again does not hold up.

The failure of this first time director is to me absolute, I have seen over the years many debut directors fall on their faces because of their ambition outweighing resources or talent, but it is rare to see a director given some, what is commercially, some very good talent, as well as some scenery in Spain which many would kill for, and be unable to salvage a script to present something that was at least good to look at but would also engage an audience. This is a truly uninspired movie that really does fail on most parts and would be hard pressed these days to be part of an anthology series or even fit into a genre television show.

As you can tell I am not recommending this at all, in fact I wrote this review as a way of warning viewers to stay back, if you want to watch a great Sci-Fi movie directed by a relative novice then check out Alex Garlands Annihilation (2018) also on Netflix.

“The Titan” is streaming now on Netflix. 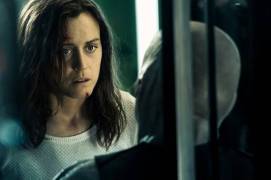 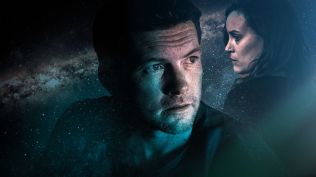