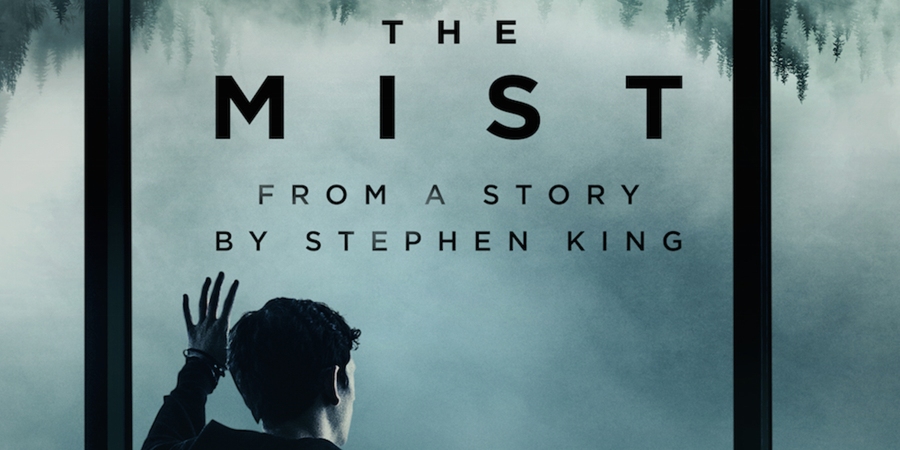 An unexplained mist slowly envelops the city of Bridgton, Maine, creating an almost impenetrable barrier to visibility. The residents of the town soon learn the situation is even more precarious as hidden within the mist are numerous monsters of various sizes that attack and kill anything that moves.

The first three episodes of this new adaptation of the Stephen King story are already available on Spike TV and Netflix, so I have reviewed all of them as one because they flow on from each other rather easily – what I mean by that is there is little tonal difference or much of a plot within these first parts.

I love the Frank Darabont version of “The Mist” (2005), with its (mainly) one location, atmospheric special effects, memorable characters and of course that ending which echoed the way people felt post 9/11. For me it seemed to capture the way not only the US reacted to the terrorist attack but the fear that was around at the time, whether real, imagined or manipulated by the elected government as well as the President. Darabont has proven time and again that he is able to capture the feeling of Stephen King’s books, is able to harness the themes and characters putting them onscreen making films that are pure magic as well as relevant to the world in which they are created, giving the material he produces a timelessness but updating as well as keeping relevant the original King texts.

The story that was created by Darabont was in the end self contained so lent itself to a film, the narrative and plot were fairly straight forward with only a reference to what created the mist as well as the hidden monsters that wreaked havoc in the town and country where they were unleashed. It also felt that we did not see the entire hideous creatures that were destroying the countryside, we didn’t really even witness the vanquishing by the military of the monsters – even though they may have been responsible for the carnage.

Now comes a series based on the story, that has been picked up by streaming service Hulu (and Netflix internationally) hoping to create a hit to highlight the offering they hope will make them a player in the streaming service segment of the media landscape. Have they succeeded so far with the first three episodes available to watch or not?

The series was developed by Danish Christian Torpe, who has extensive experience working on television in his homeland, is an extremely talented writer, so maybe there was some hope that the Nordic-noir would rub off on this series. Of course what that means is a show that is deep on character as well as playing a long game on plot, as well as the possible revelations that may, or may not exist. In saying that what works well in one country may not work in another. Of course there have been Nordic shows remade for UK as well as American audiences with varying degrees of success, so I am assuming there was a lot of hope riding on this.

Of course when you have a set up and a hook that is extremely simple in its premise; that is, a mist slowly envelops a town, there are ‘things’ in the mist, if you go into the mist you may die – that’s it, the entire set up. To give the show any chance of lasting longer than the two hours it deserves, you need to somehow up the ante, here it has been decided to frame the characters in manufactured situations that cause tension, have a payoff, reveal something larger about the story and of course have a revelation that leads to an even bigger problem. Not only is that contrived but you will see a pattern form after the first two episodes it is exactly what television shows were doing ten years ago, anyone remember a little show called “Lost” (2004-2010), or coincidentally any Nordic-Noir? See I closed a circle there… something this show will never do.

The first three episodes that have been released so far are not only extremely slow moving but more or less follow some of the basic parts of the movie – except the locations have been broken into three main parts – a police station, a church and a shopping mall. The show runners have decided to form the show around one main family, a father, mother and teen daughter who has been raped by the son of the town sheriff – or has she? Then this is complicated by the arrival of the mist so the family is split up with them stuck in their respective situations. In my mind this is the most formulaic thing to do in a show like this, it sets up a situation where a family has been thrown out of their equilibrium then thrown out even more by the supernatural event – there are so many television shows that have fantastical elements where this is the way in, for me it simply does not work, especially in todays landscape. So to start with this show is not holding my attention, the problem with that is that there are so many good shows out there that a new one better have something going for it – or its on to the next one.

The show maintains its look by employing the same cinematographer for the entire season, André Pienaar who has limited experience behind the camera, which leads to some unoriginal looking scenes, for a show like this that is unforgivable. The one thing a sci-fi/fantasy show needs is a signature in its look however this looks bland, we could be looking at a studio comedy for all we know. The same can be said of the tired sets, the shopping mall looks like it is in a warehouse. There is absolutely no color or sense of different shops – I, for one am glad I do not shop there. All of these issues are magnified by the fact that each week there is a different director, which means any input cannot, come from them, as they are one and done and out.

My other issue with the show is to question where it can possibly go if it lasts for more than one season (which at this stage I doubt), while I agree that the idea of the plot is fantastic as well as lending itself to horror, I am not sure where the story can go – as if the issue of the mist is solved then the show is over. So in saying that I don’t have an appetite to watch a show set in a mist no matter what horrors lie within for a long time.

Finally, any good or great genre show is a template for a creator to lay in their own themes – every great genre piece does it, the original movie, “The Mist”, did it – this show just seems to be relying on some CGI scares as well as some mediocre acting – this will not work. If anything we have learnt from the original “American Gods” is that a theme is important, when you have this all else falls into place. It can even make up for some slow revelations and storytelling. Who knows though, maybe there is a grand plan here, of course maybe not.

With all that said the goodwill from the film will keep me going for at least one more episode but if the snail like speed of the story does not improve and the plot starts to go somewhere I will be leaving this far far behind.

“The Mist” is streaming now on Netflix. 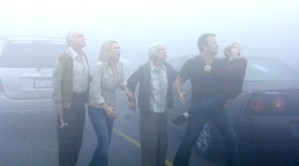