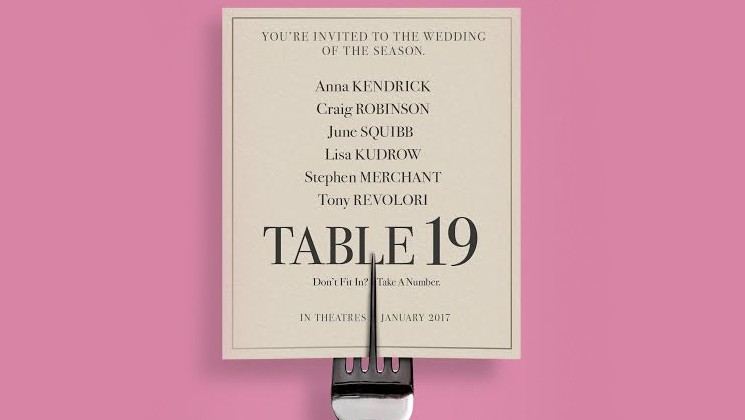 Eloise McGarry: “Do you know what Francie’s mother called table 19? “The table that should have known to send regrets, but not before sending something nice off the registry.”

Eloise McGarry: “The table that could disappear in the middle of the wedding and no one would even notice.”

Jo Flanagan: “A table of people they don’t care about!”

Movies that have their plots based around weddings can be highly convoluted, they mostly involve the main parties of the occasion, the bride, groom, bridesmaid or best man. There is normally some kind of story revolving around someone finding their true love, which is not who they start the story with, or there is a meet cute, and shenanigans occur from there. With Anna Kendrick’s new movie“Table 19” (2017) the occasion is indeed a wedding, however this story revolves around all the guests that have been invited that are not family or real friends but people who are in the periphery of the bride and grooms lives – in fact you probably hope they will decline their invitations. In designing a film like this as well as keeping it interesting the actors chosen for the film had better be able to carry the entire plot forward – which they do even in the most bizarre situations. Make no mistake about it this is a comedy tinged with drama that has some of life’s mistakes and omissions laid out in from of us as well of the main characters.

The movies central character is Eloise (Anna Kendrick) who after starting out as the bridesmaid to her best friend Francie’s wedding, she is swiftly ‘demoted’ two months before the wedding when her boyfriend Teddy (Wyatt Russell), the bride’s brother and the best man, dumps her. After switching back and forth on whether or not to attend, Eloise RSVPs, only to find herself seated at Table 19, a table intended for guests who were only reluctantly invited and whom the hosts hoped would not attend. The other denizens of Table 19 are Jerry and Bina Kepp Craig Robinson and Lisa Kudrow), who own a diner and are Facebook friends with the groom’s father due to his own diner chain, Renzo Eckberg (Tony Revolori), whose parents are acquaintances and came to the wedding in the hopes of meeting a girl, Jo Flanagan (June Squibb), Francie’s childhood nanny, and Walter Thimble (Stephen Merchant), a distant nephew.

This a very interesting movie, it has been sold as a comedy but does have a serious issue at its core which is handled extremely well and should appeal to all who watch it, whether they agree or disagree with the outcome it is a very good piece of entertainment. This is a comedy that sits right in the middle of the road in the pantheon of comedies of today – it goes out of its way to not offend anybody, while highlighting some very real moments in some of the characters lives – it should be commended for this. It would have been nice for the smooth edges of the movie to be roughed up a little with some real stakes to be felt by the audience – but that was not the decision that was made behind the camera.

The movie is directed by Jeffrey Blitz who came to fame when his first film, the excellent documentary “Spellbound” (2002), was nominated for an Oscar for best documentary, it lost to Michael Moore’s “Bowling for Columbine” (2002). Blitz has since not made another documentary and instead has concentrated on comedies, with the highlight probably being his stint directing eleven episodes of the US version of “The Office” (2005–2013). The director has teamed up with the Duplass Brothers who are a force unto themselves, both of them are not only writers but are also actors, directors and producers of some note. Mark and Jay Duplass have appeared in or created some of the best films and television series since their mumble core debut, “The Puffy Chair” (2005). Both Blitz and the Duplass brothers have brought a lot of heart to this movie, while staying within some of the confines of a Wedding film, while subverting others – there is a hilarious subplot where Eloise meets a man who she immediately hits it off with and as the audience you may be thinking she has found a new man, the payoff is very cruel but funny.

“Table 19” has an excellent comic cast, particularly at the eponymous table, for me it is the always uncomfortable Stephen Merchant who steals the movie from everyone including Anna Kendrick – something that is extremely difficult to do as Kendrick has a habit of stealing movies from her co-stars such as in “The Accountant” (2016) and “Up in the air” (2009). Merchant is so funny as a businessman, or so he says, he gives a great comedic performance and shows how someone like him can have an impact on a film like this when he is not the star, this is something many English comedians do in American movies, it is their bread and butter, and here he excels. The rest of the cast is excellent and former Oscar Nominee Anna Kendrick shines as a down on her luck character, so to does Lisa Kudrow and the always reliable Craig Robinson who brings his ‘A’ game to role that really he is far to good for – in fact the same can be said for most of these actors who could all (and have at some point) headline their own movies. The cast is rounded out with former Oscar Nominee June Squib who plays the brides former nanny who has been all but forgotten by the children she raised.

This is, in the end, a very good movie with a lot of heart, as you would expect from a comedy set at a wedding. The only issue is that it does start off a little reserved but after the first half hour it becomes quite a ride with a lot of laughs – I would recommend this film to most but as a light comedy film it works very well. 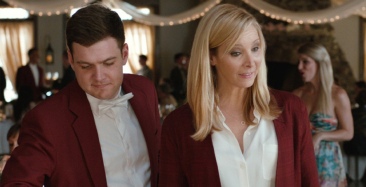 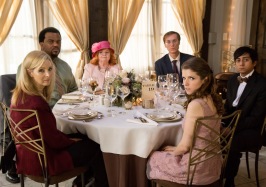 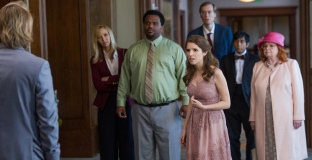 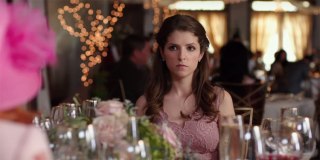