Supervisor Karellen: “If you want a single proof of the essential—how shall I put it—benevolence of the Overlords, think of that cruelty-to-animals order which they made within a month of their arrival. If I had had any doubts about Karellen before, that banished them!”

Finally the 2015 television miniseries “Childhood’s End” (2015) based on the Arthur C. Clarke book of the same name has been released on DVD and Bluray in New Zealand, the result is a mixed bag with good points as well as some negatives, with the overall result being something science fans will enjoy but will remind them of story lines from other genre television shows. While the story has been around since 1953 there has never been a major adaptation done until now, it is not the hardest work to adapt but the scope meant that there would need to be a whole host of special effects, perhaps nobody wanted to pay for that, also the story takes place over hundreds of years so that can cause complications as there are no single characters that last the entire story. It was with some amount of glad tidings that the US television channel newly re-branded Syfy decided to make the story, it showed a lot of guts and faith in the fans for tuning in – it was a modest success with many element being ported over from the book.

The miniseries begins in a distant future, Milo Rodericks, claiming to be the last living human, records a message from the ruin of a post-apocalyptic Earth. As he begins we shift to 2016 where both the United States and the Soviet Union are about to enter outer space using nuclear-powered spaceships. Just as both countries close in on the achievement of space travel, a number of giant alien spaceships come down over every major city in the world.

Five years later, these aliens, known as the Overlords, have taken control of the entire world. Their flagship is based over New York and is managed by Karellen, the Overlord who is charge of Earth-related affairs. The humans know Karellen as “the Supervisor.” Karellen uses the Secretary-General of the United Nations, Stormgren, as his liaison to the human race. Once every few weeks, Karellen meets with Stormgren inside his ship. However, neither Stormgren nor any other human has ever seen what an Overlord looks like.

To start with even though this miniseries had a four and half hour running time the narrative was structured so that it took place over one human lifetime – which was one of the more unfortunate things about this adaptation. Not only that but this story was, unlike, Clarke’s original novel extremely American-centric, which meant that it can come across like the Americans are the chosen people, which leads the viewer down a very strange path. In the original novel it is the head of the UN that is the ‘vessel’ for the people of Earth to the ‘Overlords’ own Ambassador, Karellen. Whilst these changes in and of themselves are understandable (it was made for US television and keeping the timeline reduced also reduces the budget) the viewer cannot help think that they are missing out on something special – in particular for readers of the excellent novel. I cannot help but think that not only was this a missed opportunity but that the entire story would have made more sense to just the casual person thereby giving it more appeal as well as adding an added weight to the themes behind the story.

This mini-series is directed by Nick Hurran and written by Matthew Graham both experienced English television writer/directors, however neither of them have had any real film experience. However within their work they have a bit of experience in genre television, which of course in terms of this material is a plus. The reason I mention their lack of film work is that this could have used some of the scope and breadth that is routinely seen in genre movies. This min-series was never going to go beyond its three episodes so it would have been great to see use of different locales and once again attempted to make it more epic in feel. Even the cinematographer, Neville Kidd, has only had television experience so he has not seemed to stray too far from his comfort zone in terms of the look of the series, which again is a little disappointing as this was screaming for a look that fitted its lofty ideas.

Unfortunately the feeling that this is just another lite version of “Independence Day” (1996) something we have all seen before in different mediums as well as iterations is extremely hard to shake as the story unfolds. Even though the aliens this time seem to be benevolent we are still dealing with extremely worn out tropes of alien invasion movies, with very different people doing very different things, all having very familiar motivations. The soul of the novel are gone, once again though this could have been mitigated by spreading the miniseries over hundreds of years – this comes into play more succinctly when there is some space travel involved and plot holes start to open up – such a shame.

This is not to say that this miniseries is bad or should not be watched; in fact I recommend this miniseries highly as there are so few good science fiction closed story series on air at the moment. Some people say we are living in some golden age of television but I think we are just seeing a glut of shows that are the same quality as we have had over the past twenty years, its just that with so many there are a higher number but I think not a higher ratio. This is not a high end show it is a middle ground which some shows would be happy to reach. 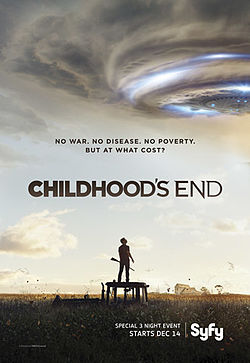 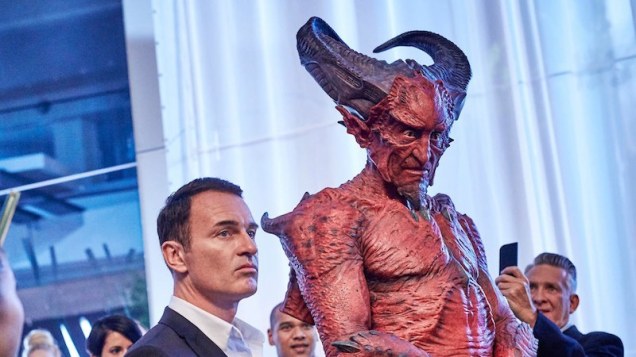