Its so refreshing seeing people work together time and again, particularly in Hollywood  where profit seems to drive most decisions made. In this case after the big budget disappointment of “Cloud Atlas” (2012) – which I really enjoyed, and is worth a watch – Tom Hanks and German Director Tom Tykwer find themselves together adapting a novel by Dave Eggers. This is quite a wonderful film. Hank’s has had an up and down year with the great “Sully” (2016) and the very disappointing “Inferno” (2016) – this movie falls in between the two, although heading in the direction of the former film.

The film tells the story of a washed-up, desperate American salesman who travels to Saudi Arabia to sell a holographic teleconferencing system to the Saudi government. Set in 2010, before the Arab Spring, American consultant Alan Clay is depressed after losing his house and being divorced by his wife during the Great Recession; he arrives in Jeddah, Saudi Arabia to make a sale in an upcoming development called the King’s Metropolis of Economy and Trade (a fictionalized version of King Abdullah Economic City).

This movie on the surface may seem like just a fish out of water story or even a clash of cultures, but it is so much more than that. It is a reflection on the world today and illustrates the differences of thinking from one culture to another. In this case most films like this may place the protagonist in a Western Culture, but the big difference here is that Alan (Hanks) is placed in the Middle East, in Saudi Arabia, which in reality is actually a mix of East meets West.

The character of Alan is of course a reflection of middle age angst coupled with the feeling that the middle class of the US feels helpless when confronted with decreasing power of authority in their own lives with the inability to make enough to pay for things that for them, and their parents felt like a right, and not an extra. Things such as a house, car and education are not items people are used to not having, especially on our consumerist society.

Alan, faced with being required to see technology in a country that currently has more money than sense, suddenly, is faced with opulence and waste the likes of which he has never imagined – when the reality of paying for his daughter’s education is looming over him, as well as a messy divorce. In this country not only does he face his own mortality he finds himself being looked after and looked out for in ways he did not foresee.

I wont go into too much detail about the plot but the narrative is pretty straightforward and directed by Tykwer who by now is a reliable director and he has a love for the subject. Hanks, yet again delivers a performance with seeming ease although he still brings such originality to all his roles.

I really loved this film and recommend it highly – it is a drama with a dash of loving himour. I wish more people would see this and I wish more films were made like this. 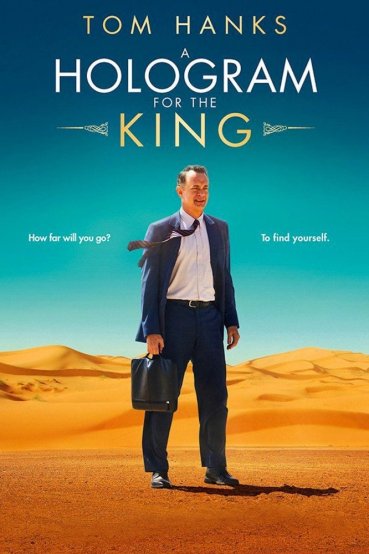