Dr. Louise Banks: “We need to make sure that they understand the difference between a weapon and a tool. Language is messy and sometimes one can be both.”

Denis Villeneuve’s latest film “Arrival” is much like each of his previous films a departure from what he has produced before. This film in terms of plot and narrative is as far as you can get from “Sicario” (2015) (his last movie about drugs and the Mexico/US border) but there has not been a drop in quality or commitment to the film-making – this, like his previous efforts is nothing short of excellent.

“Arrival” is one of those films that cannot be talked about too specifically, otherwise any potential twists or surprises that may be within the film could ruin the experience – this holds true to the last quarter of Villeneuve’s “Prisoners” (2012) – so below I will offer only a brief synopsis of the plot of the film and will not even approach the narrative – of course that may be a spoiler in itself.

The plot of the film revolves around the arrival of multiple spaceships touching down (not literally) across the globe; in response, individual governments assign elite team’s to investigate. The US mobilize language expert Louise Banks (Amy Adams), mathematician Ian Donnelly (Jeremy Renner), and US Army soldier Colonel Weber (Forest Whitaker). As the film moves through the processes of trying to find the answers to the visitors, the Earth teeters on the verge of global war – problems start coming up that none of them may be able to answer and it may take the entire planet to come together to avert a global catastrophe.

The film is very definitely Amy Adams picture, and she appears in almost every single scene, Adams is captivating in the way she approaches her role and it is through her performance that this film succeeds or fails, all on her shoulders. The other aspect of Adams performance is that the majority of her shots are filmed in close-up, so that at no time can she disappear into the background of any shot – as the story unfolds, the audience begins to understand why it is Adams story, and how the rest of the cast fits in around her character. Adams foil in the film is the excellent Jeremy Renner who immediately recognizes his role within this global drama, and understands that he must support Adams character throughout, whatever it is they are both involved in.

Ever since alien invasion films have been produced they have taken many forms and as special effects get better it seems that it is easier to make a huge action blockbuster with a limit plot and a maximum amount of action. However, over the years there has been the odd counter argument for more thoughtful films, such as the 2013 film “Under the Skin” a truly original piece of work on a low budget, but with much to say about humanity and our reactions given certain situations. With “Arrival” Villeneuve has managed to take a modestly budgeted film (reported to be US$50 million) and paint a picture on the largest canvas, and yet make one of the most intimate and satisfying Science Fiction films I have seen. The story is wholly original with believable characters, and there are really no cheap tricks within the story as it rings true to how people might react to a (possible) hostile force.

If you like dramatic science fiction films with organically complicated narratives that revolve around simple and universal plots, then this film is for you.

The movie starts in one small location, but it quickly evolves into a larger narrative, about the differences that exist in the world and the trust people must have to really co-operate on a global threat. This story acts as a metaphor for any number of things that threaten our planet, from war, climate change to the political events that are unfolding even now.

This is a must see film and I can tell it will have a long life through awards season, and beyond.

If you enjoyed this film then try: 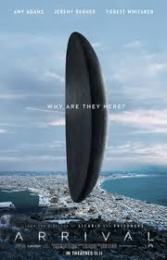 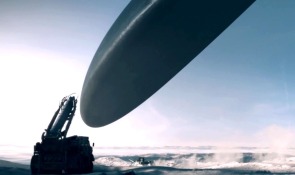 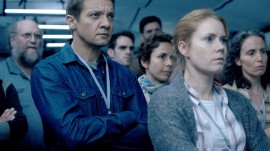