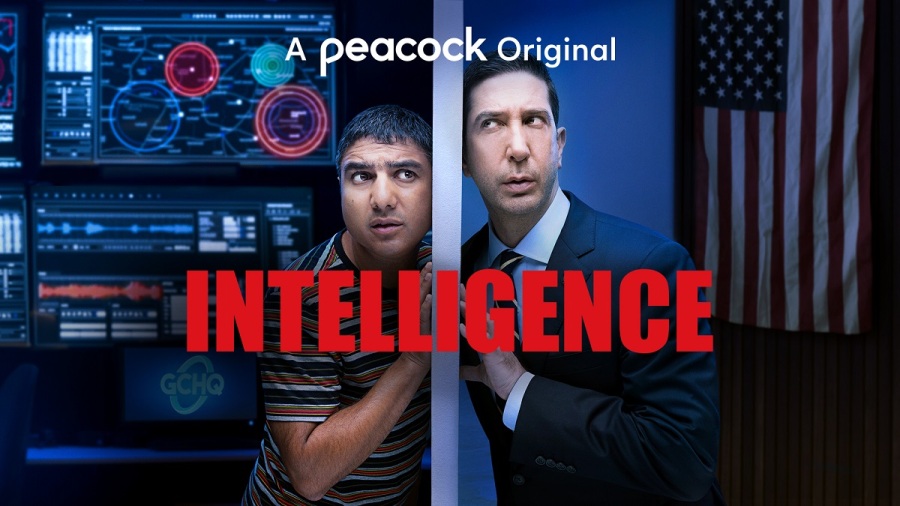 Written and created by: Nick Mohammed

Joseph: “I have written a program that should be able to narrow down whether the person responsible for this cyber attach is male or female.”

Recently released on DVD is the British comedy “Intelligence – Season One” (2020) which is based around a cyber crimes unit with a fish out of water narrative that hits more than it misses with a spot on performance by US actor David Schwimmer, and a bumbling performance by writer/creator Nick Mohammed who both have undeniable chemistry and at times are probably far better than the material.

The show is based around NSA agent Jerry(David Schwimmer) who is assigned to act as liaison to the cyber crimes unit in the UK’s Government Communications Headquarters, quickly antagonising the unit’s chief with his brash style and tendency to try to take over.

“Intelligence” may sound familiar with a narrative that involves an unknown quantity in a US operative arriving in the UK to be part of an all English team that at times bristle at his arrival and who is controlled by an older woman who has her own ambitions. You might be fooled into thinking that this is a somewhat haphazard description of critical darling and Apple TV stalwart “Ted Lasso” (2020-present). That series also features Nick Mohammed in a central role as a bumbling but intelligent sidekick so it is not difficult to see where he may have derived the idea from. The only minus in “Intelligence” is that is uneven in execution which could be put down to Mohammad or the direction of Matt Lipsey although it is possibly the former rather than the latter.

This series written by Nick Mohammed and directed by Matt Lipsey is as mentioned a fish out of water story with the added complication that the fish in this case an American is convinced he is a big fish so all manner of clashes occur which narratively wise is fairly easy to write. The strength in the series is definitely the performances of Mohammed and Schwimmer who seem to be having a good time with the material. The other element that has to be mentioned is the direction by super experienced director Matt Lipsey who really only has a few sets to deal with which could be a challenge in anyone else’s hands but he is able to bring originality to almost every set up which has to be commended especially with such small spaces.

The central performances by both Nick Mohammed and David Schwimmer are as broad and manic as they should be with both really going for it which can lead to some uncomfortableness especially from Schwimmer who is embracing all the negative elements you would expect from an American in a position he thinks he is control of. The supporting cast are all excellent who have been written to be as different from each other as possible so as to hit as many differences as possible and they all do to their credit. This can lead to some exhaustion as well as them all not being either as fully complete as possible as well as their own narratives not being as polished as they could be.

There have been some negative comments about this show but I found it funny and delightful but that might be because I have really liked Mohammedin almost anything I have seen him in as well as Schwimmer whom I have not always liked but I think he does a fine job here.