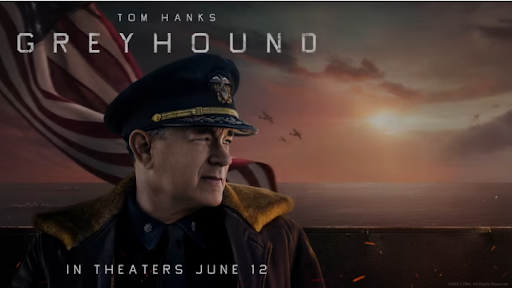 Sony Pictures has unveiled the international trailer for the Tom Hanks-led “Greyhound”.

This adaptation of “Horatio Hornblower” author C. S. Forester’s WW2 naval thriller novel “The Good Shepherd” and the project is helmed by Aaron Schneider who returns a decade after his last film “Get Low”.

Hanks plays Ernest Krause, a USN commander who must protect an international convoy of 37 Allied ships from wolf packs of German U-boats as they cross the North Atlantic. At the same time Krause, commanding the titular Navy destroyer leading the fleet, battles his own self-doubts and personal demons.

Stephen Graham, Elisabeth Shue and Karl Glusman co-star in the film which Hanks himself adapted the script for and which opens June 12th.