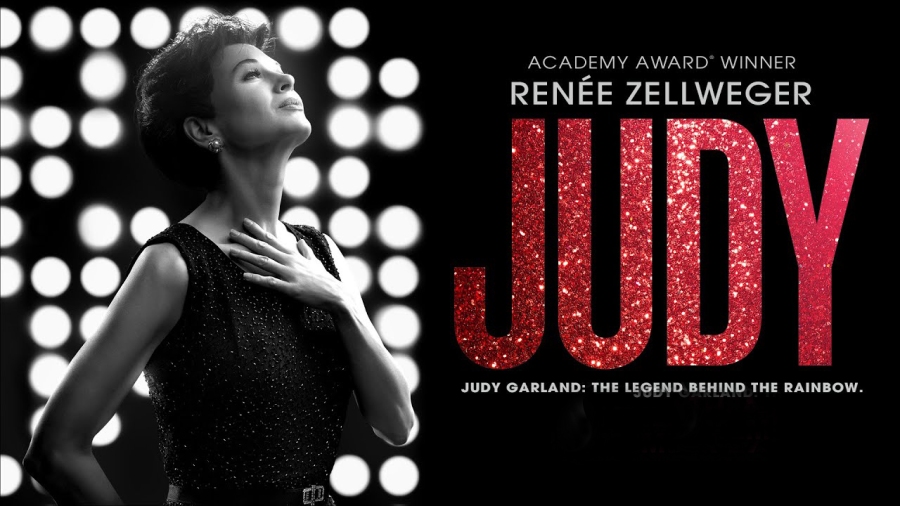 Written by: Tom Edge based on End of the Rainbow by Peter Quilter

Dr. Hargreaves: “Do you take anything for depression?”

Released recently on blu-ray/DVD is the look at least part of the life of Judy Garland, in the movie “Judy” (2019) centred around the Oscar winning performance by Renée Zellweger who attempts to get under the doomed stars skin in a project that is far less than the sum of its parts. It could be said that one performance can make or break a film, but that is simply not the case, or at least the case here, the inherent issues at the heart of “Judy” are actually within the bones of the film, that is the poor direction as well as the script which is a complete letdown in terms of any drama that be present, offering no surprises within the life of the titular character, a complete missed opportunity for what is a cautionary tale that has been played out multiple times over the last century plus with legends on front of and behind the camera.

There are many versions of the biopic genre that has ingratiated itself within cinemas over the past few decades, especially those that concentrate on stars of the silver screen who as the years go have been throwing off this mortal coil with growing regualirty. They have become subjects of books and so have been adapted into movies like “Judy”, the question is will they be good, great or dull. The degree of success does not normally come down to the subject, or the performance of the central character or even the writer or director, for me it comes down to the revelations that are revealed within the context of the plot. It is unfortunate then that “Judy” adds very little to the legend or gives us any more real insight into what most already know without visiting her Wikipedia page even with the bravura performance by Renée Zellweger.

Of all the recent biopics the one that stands high above others is “Film Stars Don’t Die in Liverpool” (2017) that like “Judy” spent much of its time in the final years of actor Gloria Grahams life, that tilted its head to the past but had very real revelations about a person that had a life many did not know about but who ultimately had a tragic end. Both films have much in common, two women who had multiple marriages, who had substance abuse issues, who by the time they died had been famous but were at the end footnotes of their present and of course they both had strong ties to the England.

Where these films differ is in a variety of ways, but the first is with the person at the helm, the director. In “Judy” the director Rupert Goold seems completely out his depth with both the subject and the entire process of making the film. While this is not his first movie, that would be the underwhelming “True Story” (2015) which like this movie was not original or compelling, it was muted and by the numbers with little to actual offer in terms of revelation or keep an audience’s attention. If Goold had taken a macro view of a life like Judy Garland, along with the screenplay, keeping an eye on what audiences might not know, keep the fictitious elements to a minimum as well as keep the performance by Renée Zellweger more muted and less actorly. The technical aspects of Goold’s direction are mishandled, while it could be considered not great editing there needs to be the material there to edit which again comes down to the direction.

“Judy” takes the audience to the last few months of her life: the booing crowds, the empty bank accounts, and the custody battle to come. It’s less the portrait of the glamorous Judy Garland we’ve put on a pedestal, forever young and singing “Somewhere Over the Rainbow” or “The Trolley Song,” and more the wounded figure still unsure if she could perform again the next night.

There is no doubt that the central performance by Renée Zellweger is very good although it is a little over the top at parts. Sometimes I felt that Zellweger was giving a performance people expected with trappings that show off her skills but did not show us the real Judy Garland. The supporting cast consists of character actors Jessie Buckley, Rufus Sewell and Michael Gambon who all carry out their jobs very well as you would expect, in fact even though they have limited screen time their presence is most welcome, sometimes a nice distraction.

As far biopic go “Judy” is not unwatchable, it does have at its core an Oscar winning performance which is something that can never be taken away from this movie, that is a prize any movie would welcome. “Judy” is a movie about two people, Judy Garland and Renée Zellweger who are intertwined within the narrative of this movie, sometimes it is easy to forget wither one of them while watching “Judy”, in fact that is the inherent strength and weakness of the movie, in saying that the enjoyment will depend on either your suspension of disbelief or how much you know about Judy herself.