Developed by: Philipp Meyer, Lee Shipman, Brian McGreevy based on the novel by Phillip Meyer

Phillip Meyer: “No land was ever acquired honestly in the history of the earth.”

Released this month on DVD is a new Western of sorts in the form of a mini-series (although now getting a second season) in the form of “The Son” (2017-present), in a way a throwback to the giant miniseries of the 1980s but made on a micro level, as well as a limited budget that covers at least two time periods, both in the past which makes this a period piece, not only that but it covers ground familiar to many but also has resonance in todays world, politically, economically and socially. This is a world in Texas that is at once alien yet familiar to millions because of the many fictional and non-fictional stories set in that huge state.

Originally written as a novel under the same name by Phillip Meyer “The Son” is a sweeping family saga that traces the story of Eli McCullough’s transformation from good-natured innocence to calculated violence, as he loses everything on the wild frontier, setting him on the path to building a ranching-and-oil dynasty of unsurpassed wealth and privilege.

The series offers a look at the relatively recent history of Texas, the move away from cattle to the removal of oil from the land and the massive fortunes that were made after that was recognized as a viable way to turn the land for a profit. It also addresses the relationship as well as the genocide of the Native Americans, their replacement in the way in which the US treated their Southern neighbours, the Mexicans, and to a larger extent the entire South American population. It also addresses the border skirmishes that existed and how if you were not white then you were at the very least treated as second class citizens, at the worst treated as the enemy.

“The Son” is led by the great Pierce Brosnan who is the matriarch of the McCullough’s and who plays the part with not only ease but a level of excitement to see an actor of such stature really breathe in a part that is not only three dimensional but all to realistic. The character Brosnan plays, Eli is possibly the most complicated person he has ever played with layers of emotion, rage, pity and so much more that it must have been a gift to get this role this far into a very long career. It is no understatement to make that without a believable actor to play Eli this show would not be anywhere the show it is, which is a reflection of US politics and social values over the past two hundred odd years. Brosnan plays the part as a man who embraces change but at the same time looks back on his complicated past knowing he can never change it, would he want to? Who knows, but his past has defined him, everyone around seems to pay the price for that past whether he knows this or not. Another aspect of Eli is his true love for his family, which is as sincere as anything else I have seen. There can be a temptation that a man like Eli who wants power or money will do anything to get it even at the expense of his own kin, but he will do anything to protect them and not only that he genuinely gets on with his family, you often see him laughing with them which is original for a family drama.

This is a show with other great stand out performances running the ethnic gamut from white men to Native Americans to the Hispanic performers all are incredible which acknowledges the great work in the casting department, that is no joke, there is nary a false performance among this huge varied cast. My other favourite as well as extremely narratively important is that of Zahn McClarnon who plays the part of Toshaway a Native American in the early timeline who captured Eli then teaches him, appearing to him as a ghost in the future story, he is a great actor who knows how o vary his performance in every scene.

“The Son” is an extremely dense story that has a complicated narrative especially when considering that most of the time these type of narratives can be of little consequence, but in this story they are both vital not limiting the actions of the characters in the past as it is so far in the past that at times it seems like a different world. When viewing the two time periods it is telling about the change in technology from 1850 to 1915 we see the advent of the motor vehicle, the telephone, irrigation and many other aspects of life that someone Eli’s age in the modern period world find alien in the earlier part. The change in technology over those sixty years was sudden, abrupt, life changing as well as altering the fabric of the Western World especially the US, which again is a direct reflection of our own times in the new millenium. Interestingly just when you think you know where the story is headed in any given tie period it will pull the rug out from under you which is a narrative trick that really works, once I started watching this show I had trouble turning it off, it was addictive and I look forward to the second season. 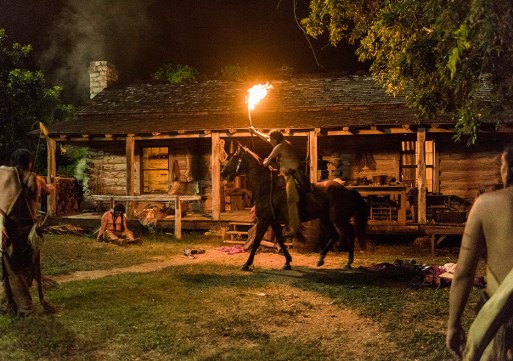 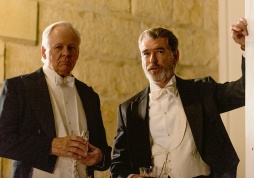 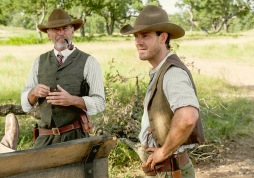