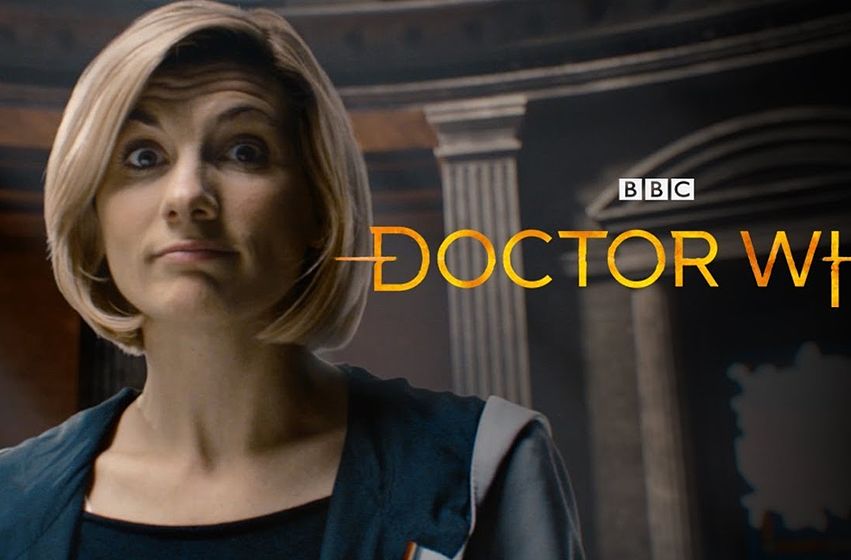 Television review: “Doctor Who – It takes you away” (Episode 9, Season 11)

This weeks episode “It takes you away” marks one the penultimate episode of the eleventh season of “Doctor Who” (1963 – present) which has seen, I believe, some very good episodes, not absolutely great ones but some decent ones that have highlighted the new Doctor as well as her friends as they all get to know each other, as well as letting the audience in on these new relationships. This episode is a trip to the present, this time in Norway where the gang encounter a blind girl who is missing her Father, that is the highlight as it is downhill from there, as this for me is an episode that is as hollow as any other one this season.

This is possibly the first time this season that the new cast is has been a naturally cohesive unit with the idea that they are new is pushed to the back of mind, which is a very good thing for all new actors. This is one of the strengths that Chris Chibnall brings to the show, the ability to cast characters extremely well which is not only bourn out by the main cast but by all the excellent guest stars we have seen over the first seven episodes. Unlike last week there was no major guest star, however there was a nice piece of casting with Ellie Wallwork who has playing Hanne, a blind girl, in this case the actress is really blind so it lent to the authenticity of the character. What was slightly annoying was the use of her disability as a means to hold up two parts of the plot which like the story overall seemed like more of a writing exercise than an actual “Doctor Who” story.

My only real gripe with this new season is that there has been a lack of really memorable antagonist’s, something to really hold on to as well as maybe offering some kind of real foe that lends the show some weight giving audiences a real taste of what a “Doctor Who” villain really is, apart from the classic ones who are noticeably absent so far. Audiences both old and new in this age of peak viewing need a reason to hang around week after week, the only way to do that is to make them return to see what happens next in the plot as well as, hopefully, an overarching narrative. Now while I am not a fan of a heavy serialization in my television I think a page out of the Tennant era is required, that is a light narrative that loosely connects a season together with some revelations made in the final few episodes – this is something that is not happening as of yet, the clock is running down far too quickly for that to occur now.

Unfortunately, for me this was not a great episode at all, it seemed like it really didn’t know what it wanted to do right from the beginning, also what is the trend of not seeing inside the TARDIS, seeing it land or having any real time set inside it, this is a major departure from the previous seasons of “Doctor Who”, I am not sure what the reason for this aspect of the show is. The other part of this episode that was part of what made it forgettable was to invent entire swathes of the origins of the Universe just to create some kind of jeopardy for the cast as well as the rest of creation just to give ‘The Doctor’ something to do as well as something to care about, this is just lazy writing as well as lazy directing.

This weeks episode then is another monster of the week that really is entirely forgettable, not just the monster or villain but the actual episode itself. Once again the actual antagonists are secondary to the important story, I wish the show runners had the courage to ditch these monsters as we really do not need them. What may have been nice as well as a change of pace may have been to actually embrace the character of Hanne as well as her blindness to bring the narrative around so it could become more logical, original and maybe fun, which this episode definitely was not.

I watch “Doctor Who” on a 4K television and the step up in effects, especially the CGI is noticeable, this week was a week where we had some very ordinary special effects on all levels, the frog at the end of the episode was one of the worst effects I have ever seen in “Doctor Who”, I include the classic series as well, I am at a loss to know what the producers were thinking of. The second worst effects were the ant zone which looked like a prop from 1980s “Star Trek”, which was something reused in every third or fourth episode. I have to say this was an ill conceived episode from top to bottom.

Normally I would say that I am very much enjoying these new episodes quite a bit, it is a big step up from last season, with stand alone episodes being a very good decision to get audiences used to some very big changes, I am looking forward to what is to come. However this week was a reminder that when “Doctor Who” goes off the rails nothing can save it, this was a terrible episode, bad plot, boring narrative, not a good use of effects or actors and limp directing. My only hope is that next week the season will be redeemed with the final episode, follow through on some of the early promise as well as making the show relevant, not forgetting that it is a sci-fi show first that operates on the fact that the central character is a Timelord who is not only one step ahead of her friends but also knows instinctively what is going on around her, think back to not only classic Who but also the very best of new Who as well.

“Doctor Who – It takes you away”

On the edge of a Norwegian fjord, in the present day, The Doctor, Ryan, Graham and Yaz discover a boarded-up cottage and a girl named Hanne in need of their help. What has happened here? What monster lurks in the woods around the cottage – and beyond?