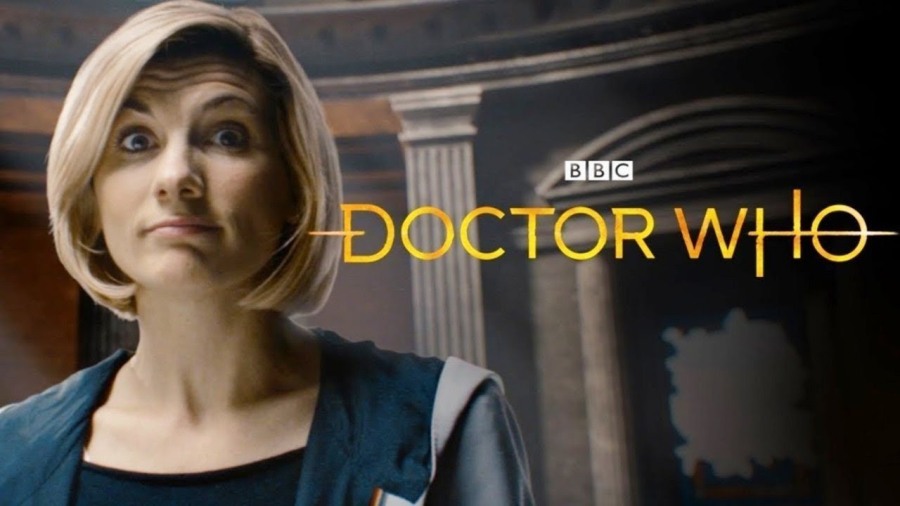 This weeks episode “Kerblam!” marks the voyage into the last half of the eleventh season of “Doctor Who” (1963 – present) which has seen, I believe, some very good episodes, not absolutely great ones but some decent ones that have highlighted the new Doctor as well as her friends as they all get to know each other, as well as letting the audience in on these new relationships. This is the first episode where the entire cast is united in what is the main point of the show, traveling around the Universe as well as assisting people in need which is exactly what this weeks episode is all about.

As should be the case by now the entire cast seems to be gelling together very well with all knowing their characters as well as each others so that interactions with each other as well as guest stars appears seamless. I believe that one of the strengths that Chris Chibnall has is the ability to cast characters extremely well which is not only bourn out by the main cast but by all the excellent guest stars we have seen over the first seven episodes.

My only real gripe with this new season is that there has been a lack of episodes with some real meaning as well as grit, something to really hold on to as well as maybe offering some kind of antagonist that lends the show some weight giving audiences a real taste of the past with an eye on the present. Audiences both old and new in this age of peak viewing need a reason to hang around week after week, the only way to do that is to make them return to see what happens next in the plot as well as, hopefully, an overarching narrative. Now while I am not a fan of a heavy serialization in my television I think a page out of the Tennant era is required, that is a light  narrative that loosely connects a season together with some revelations made in the final few episodes – this is something that is not happening as of yet, the clock is running down far too quickly for that to occur now.

With all that said this week’s episode feels a little artificial with the main concept relying on an intergalactic version of Amazon, with a mystery plot wrapped up what it is like being a worker bee in a largely machine run environment. This entire story seems like lazy storytelling indeed mixing something that seems like ideas were very dry this week mixed with a Tom Baker era story, I will let you work out which, oh ok it is “Doctor Who and the robots of death” (1977) which was far superior to this knock off. Not only that I cannot think of a more obvious company to base a story on, even with all the dressing up and off world settings I can not think of a more dull as well as less relevant setting, ten years ago it may have seemed edgy, now it seems a little looking backward not forward.

This weeks episode then is another monster of the week that really is entirely forgettable, which is a missed opportunity especially with the direction that this story could have gone. This is also one of the first episodes this season to recognize two other Doctors, the fez of Matt Smith as well as the direct reference to Tennant era with the story “The Unicorn and the Wasp” (2008) which do seem a little obvious in terms of the execution of those mentions, I would have thought that some care as well as subtly could be used to place this Doctor amongst the others, this could be a direct result of new writers who are not used to the medium or the Universe of ‘Doctor Who’, my hope is that next season some of these issues will be addressed.

This episode could have gone a variety of ways but ends up possibly being just a run of the mill, kind of monster of the week, not only that the ideas behind it are a little clumsy as well as obvious which is a huge missed opportunity, my only hope is that future episodes are a bit more thought out as well as make some sense in terms of the overall plot, as this and a few others seem to be jammed into a box, forced to work even though they really do not especially when put into context of sci-fi plots that have gone before.

I watch “Doctor Who” on a 4K television and the step up in effects, especially the CGI is noticeable, especially this week with some good looking robots as well some CGI matte paintings that give the environments some feel of space as well as other worldly.

All in all though I am very much enjoying these new episodes quite a bit, it is a big step up from last season, with stand alone episodes being a very good decision to get audiences used to some very big changes, I am looking forward to what is to come. My only hope is that the writers are able to be a bit more original, follow through on some of the early promise as well as making the show relevant, not forgetting that it is a sci-fi show first that operates on the fact that the central character is a Timelord who is not only one step ahead of her friends but also knows instinctively what is going on around her, think back to not only classic Who but also the very best of new Who as well.

“Delivery for the Doctor!” A mysterious message arrives in a package addressed to the Doctor, leading her, Graham, Yaz and Ryan to investigate the warehouse moon orbiting Kandoka, and the home of the galaxy’s largest retailer: Kerblam!