Parole Officer: “Good afternoon, Miss Ocean. As you know parole is a privilege.”

Debbie Ocean: “It’s a mistake. Uh, but it happened, and, um, if I were to be released, I would, um, I would just want a simple life. I just want to hold down a job, make some friends, and pay my bills.”

If you thought that the ‘Ocean’s’ franchise was going to end after three very successful movies then think again, after eleven years comes what must surely be the first spin-off of that franchise, “Ocean’s 8” (2018), which in an earlier time may have been thought of as a gamble, but now feels right in the zeitgeist if you wish, that is having an entire movie set around an all-female crew, of course on the surface it seems like they couldn’t get twelve woman together in one place, so we have to settle for eight. What I loved was the difference that all the women represent, different ages, looks, experience and cultures, I found that aspect to be very refreshing, for a Summer movie in particular, no white male saviors here thank you. If

Even if you only have a passing familiarity with the remake from 2001 the formula here will be familiar even down to the main character leaving confinement to ‘go straight’, that is not bad thing as it, like the remake, gives the characters something to springboard off. The difference is where each movie lands as well as how well each movie was able to present the heist genre as something new with A-list actors as well as an A-list production crew. To say that the people in from of as well as behind the camera were at the tops of their games is an understatement, it all started with indie darling turned big budget auteur Steven Soderbergh. The director who, at the time, had just won an Oscar was able to bring together a murderers row of A-list actors too numerous to name, but the real secret was behind the camera with David Holmes providing the music, Ted Griffin writing the screenplay, one of the great modern editors Stephen Mirrione putting it together as well as Soderbergh directing and acting as cinematographer – the pedigree is instantly recognisable as great. If “Ocean’s 8” had half the quality behind the camera then maybe it would have been a more enjoyable experience as well as fun and original.

It’s not strictly fair to compare these two ‘Ocean’s’ movies but it does help to explain the lack of fun and punch that this new movie has even though the acting talent is at least as great as that remake – Bullock, Blantchett, Hathaway as the front three are all terrific, they match up as good as any male actor working today, in most cases they are all superior, all three have won Oscars and can hold the lead in any film on a solo basis easily. Where this movie falls short is all the work behind the camera where we see not bad but just good people doing an acceptable job, there are no real standouts which is a disservice to the talent in front of the camera – it is a missed opportunity of the highest order as this could have been a snappy affair especially in comparison to those first three movies. What should have been a companion piece ends up feeling like an imitation of sorts, sometimes movies need more than just a great idea, they also need some follow through.

Co-written and directed by Gary Ross “Ocean’s 8” looks and feels fine, it is not a standout in any department, much like most of Ross’s oeuvre this is competently directed much like the recent “Solo” (2018) movie directed by Ron Howard, there is no personal signature that marks either of these movies as stand outs they just exist, with some excellent actors in tow. It may seem like successful movies are star driven vehicles but they most certainly are not, if they were that then they would all not only be successful but would also look great and be hailed as masterpieces. It would be unfair to say “Ocean’s 8” is a bad movie, it is not, but it lacks a spark that would mark it as a good one and a worthy spinoff to “Oceans 11” (2001). There is no doubt that Ross has directed some very successful movies such as “The Hunger Games” (2012) and “Seabiscuit  (2003) in which he was able to handle younger actors, who lacked real experiance, but here he is dealing with actors that know their stuff so he really should have concentrated on the narrative and plot which are severely lacking, these are the main places the film needed some originally as well as fire.

“Ocean’s 8” is inspired by Danny Ocean whose estranged sister Debbie Ocean attempts to pull off the heist of the century at New York City’s star-studded annual Met Gala. Her first step is to assemble the perfect crew: Amita, Tammy, Lou, Constance, Nine Ball, and Rose. The reminder of the movie will feel somewhat familiar but I will not offer any spoilers but you should know what you are in for by now.

“Ocean’s 8” is an ensemble film with a cast that is unrivalled in its mix of artists from different media, but make no mistake this is Sandra Bullocks movie all the way. Bullock is one of a handful of actors that can still open a movie in its first weekend, she is a star with so much talent that it can be easy to forget that she has had number one action, comedy and dramas over the course of her career all in different decades. It is easy to forget because she deploys her talents effortlessly as well as making sure her co-stars shine on their own as well – she makes genre movies that are not only original but unforgettable – she is physically gifted as well as smart and hilarious. This is something that “Ocean’s 8” needed but here she seems to be reigned in by the script as well as the director which is a mistake that not only costs the movie, but leads to second guessing by the rest of the cast. Speaking of the cast are all well suited to their parts, this is an incredibly deep roster of not only stars but character actors as well, who could all be in their own movies or television shows which they all have been in the past. I enjoyed seeing all of the women interact with each other which they all do well, Cate Blanchett and Anne Hathaway prove along with Bullock why they are not only special actresses but also well aware of their roles in this movie and how they are seen by others, which in this situation is vitally important. What was disappointing was the lack of space many of the other actors had in terms of offering their talents to the movie, this seems like all the work was done in the casting then for all intents and purposes they were injected for moments then ignored for the rest of the plot – a complete waste of talent of which there is plenty.

Ultimately what we have is an A list cast with B list everything else, mostly it is a script that is paint by numbers, almost like there was a spark of an idea, I would think that was the Met Gala, then the story has been worked backwards from there – this is not a way to write a script which is a missed opportunity and something that should have been fixed very early on. This is an issue that seems to be more and more common as the years roll on – not enough time spent on development or too much time concentrating on the hook which in the case if this screenplay has robbed almost everyone of purpose and most importantly humour which in this genre is almost as important as the plot. Another aspect that is bread and butter of the ‘Oceans’ movies are the obstacles that inevitably arise and the solutions that the crew find to get around them – here these are paper thin and solved far too quickly to be even remotely entertaining, another missed opportunity.

This is a movie that is begging to be enjoyed, with this cast it almost succeeds in doing that, it is let down by a run of the mill script as well as uninspired editing, music and direction. However in saying that you would have to have a cold heart not to love seeing all of these different actresses together onscreen doing what they all do best. There are some nice surprises to be had and I for one hope we see them all together again with a tweaked script some better characterisations and a more original story. I still think that this will appeal to a certain group of people and they will be happy with a night out and watching a group of women who are having fun and remaining relevant at the box office.

The Dolby Vision high dynamic range made the image look wonderful, with great contrast and bright highlights. It’s a testament to how HDR can make any movie look better. After the showing I saw, I ducked into a conventional showing, and it looked much duller by comparison.

Regarding Dolby Atmos, there isn’t a lot of overhead action in the plot. Yet the full Atmos soundfield is fully engaged, mostly with music, which is a wonderful effect. Unfortunately, the dialog intelligibility was not great. 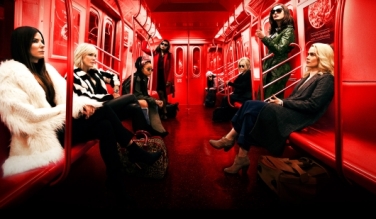 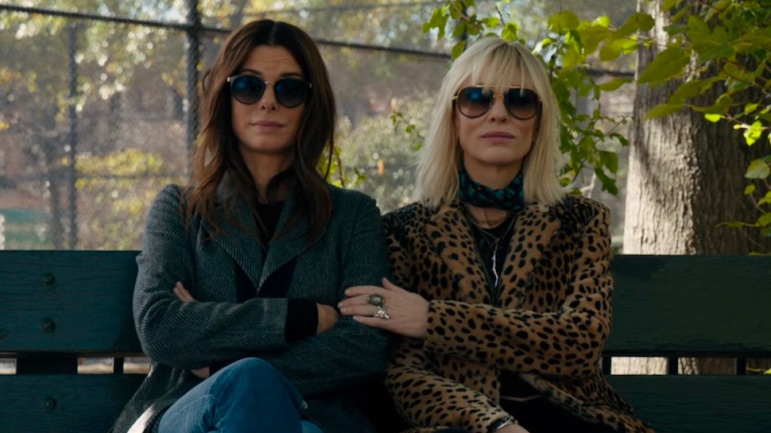