Penelope: “How do we get out of this game alive?”

Markie Cameron:[smiling face] “You can’t. It only ends when all the players dead. And your turn is next.”

This week sees the release on DVD and Blu-ray of the latest Blumhouse/Universal horror movie “Truth or Dare” (2018), which was yet another box office success for the joint venture costing a miserly US$3.5 million dollars, but generating almost US$100 million at the global box office making this yet another example of how Jason Blum is ruling the horror genre as well as at least attempting to make original or at least original feeling movies that audiences want to see in cinemas. The general idea of “Truth or Dare” is not new having been mined many times before but the drawcard of this movie was that it followed another Blumhouse/Universal movie, that being “Happy Death Day” (2017), which itself was a reductive idea, having been a “Groundhog Day”  (1999) rip off of sorts but had enough personality to get by, not only becoming a hit but being critically popular as well. It has to be said that while horror movies are enjoying good times at the moment it has not been viewed in a positive light for some time. This is why the PG-13 rating is important to the genre as well as a hindrance as if the idea behind the movie is not sound then the lack of gore can mean the rough edges have been sanded off making a neutered product. So it makes sense that there should be some kind of double dipping at the well to see if this could be repeated, with a similar setting, a somewhat similar cast as well as an often used idea, however the results have been disappointing to say the least.

Directed and co-written by Jeff Wadlow this movie is just a series of set-ups and payoffs with neither being terribly original that is framed as a horror by the fact that there is some sort of ill defined otherworldly entity that has some kind of objective based on the misdeeds of others that seem to have been made up as the movie was actually shooting. Wadlow who has been behind some of the very worst movies involving teenagers seems to enjoy attempting to stay young with his casts as well as subject matter never moving on into other more progressive fair, just like the characters in the movie his storylines all seem to be echoing the same kind of dull unimaginative thrillers that I thought had gone out once we hit the millennium, it seems nobody told Wadlow about that as surely this one trick pony must have used them all up here. The shame here is that because of such a low budget as well as a trailer that echoed a previous movie that was actually very good it has meant that “Truth or Dare” has succeeded in garnering an audience it does not deserve.

The film begins is primarily about: Olivia Barron, her best friend Markie Cameron, Markie’s boyfriend Lucas Moreno, along with Penelope Amari and her boyfriend Tyson Curran, and Brad Chang go on a trip to Mexico for their last Spring Break. Originally Olivia was going to work for Habitat for Humanity, but Markie cancelled her Habitat work without asking her so she would be able to make the Mexico trip. In Mexico, Olivia runs into fellow student Ronnie who proceeds to harass her until a man intervenes on her behalf. The man introduces himself as Carter and convinces her and her friends to join him for drinks at the ruins of a mansion. There, he initiates a game of “Truth or Dare?”. The game ends when Carter reveals that he tricked Olivia and her friends to the mansion to offer them in his place in the supernatural game of Truth or Dare. As he leaves, he explains that the game will follow them and they must not refuse it or they will die.

The movie features as you would guess many young actors who to their credit are attempting to do their best but they are all playing paper thin characters who all come off as clueless as well as vapid who are all surface that never really end up at the end of the movie with any satisfying arcs. These characters are the worst parts of any CW shows that if I am honest I was looking forward to ending their time in the movie. For me the highlight of the movie is Hayden Szeto who after being a highlight of the excellent “The Edge of Seventeen” (2016), here steals the movie playing one of the only real characters in the movie who even has his own story as well as arc which pays off all too soon for my liking. It seemed to me that the rest of the cast’s own narratives were not only melodramatic in the wrong ways but seemed to be so artificial as to be over the top even for a teen horror movie about a game that seems oddly put of date with the time this movie occupies.

I really do get the idea of the game bringing out the worst secrets from people who think they know each other as well as the fact that sometimes while truth may seem safer than a dare in many cases it is not. Once a dare is completed it is over but if a real truth is revealed the ramifications of that can stay with people forever. Of course because this is a horror movie the dares get more and more outlandish as the movie progresses much like similarly themed movies do which is if course one of the inherent weaknesses of this type of sub genre, it also means that inherently most of the cast will die, and in this it is pretty obvious that there will be a final girl to come up with a conclusion which there is and it is fairly easy to see that the writers of this movie just ran out of ideas when they wrote themselves into a corner. Once again the unfortunate part of this movie is the way in which the ‘evil’, which of course there has to be as the people cannot be blamed for what is happening, is explained as well as how it is dealt with, really this story could have been part of a television anthology than a fully fledged movie.

Unfortunately this is not a great horror movie, for a variety of reasons, it has a central idea that doesn’t go beyond its initial premise, which is a weakness of many movies, not just horrors. The characters are almost all unsympathetic as well as being highly unoriginal; it falls into many tropes that are overblown as well as ill conceived which are never really addressed fully so the entire thing feels unfinished as well as made up as it was shot. I wouldn’t purchase this movie but I would watch on a streaming service or rent if that is possible. There were some chances that were missed with this movie that may have made it much better as well as entertaining I only hope it will not tarnish future Blumhouse movies to come. 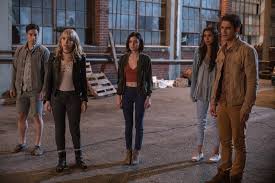 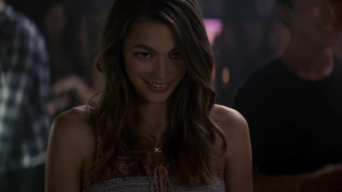