Number 6: “I will not make any deals with you. I’ve resigned. I will not be pushed, filed, stamped, indexed, briefed, debriefed or numbered. My life is my own. I resign.”

Arriving once again on DVD this month is the British television series “The Prisoner” (1967-1968) which was a 17-episode series first broadcast in the United Kingdom in September 1967. It stars and was co-created by Patrick McGoohan, combining spy fiction with elements of science fiction, social and political metaphors with a psychological twist that reflected some of the concerns of its time as well as being prescient to the times that would follow over the coming decades from the time of its production.

The series followed a British former secret agent who is abducted and imprisoned in a mysterious coastal village resort, where his captors try to find out why he abruptly resigned from his job. Although the show was sold as a thriller in the mould of the previous series starring McGoohan, Danger Man (1960–68; retitled as Secret Agent in the US), its combination of 1960s counter cultural themes and surrealistic setting had a far-reaching influence on science fiction and fantasy TV programming, and on narrative popular culture in general.

The series follows an unnamed man (played by Patrick McGoohan) who, after abruptly and angrily resigning from his job, apparently prepares to make a hurried departure from the country. While packing his luggage, he is rendered unconscious by knockout gaspiped into his London flat. When he wakes, he finds himself in a re-creation of his apartment, located in a mysterious seaside “village” within which he is held captive, isolated from the mainland by mountains and sea. The Village is further secured by numerous monitoring systems and security forces including a militarised, balloon-based device called Rover that recaptures or destroys those who attempt escape. The man encounters the Village’s population: hundreds of people from all walks of life and cultures, all seeming to be peacefully living out their lives. They do not use names, but have been assigned numbers, which give no clue as to any person’s status within the Village, whether as inmate or guard. Potential escapees therefore have no idea whom they can and cannot trust. The protagonist is assigned Number Six, but he repeatedly refuses the pretence of his new identity.

“The Prisoner” over the past six decades has been one of the most analyzed shows ever created, it has at times been unavailable after its broadcast then when the the VCR became popular shows like this were reintroduced to a new market, the same thing with DVDs especially with the relative low cost which meant that these types of series that ere cultish. became the property of a mass market, so once again were asking to be analyzed. Probably the most cultist and analysed show in television history. Of course it helps the longevity of the series that the themes are linked to society that has changed so much through social, political and technological upheaval that audiences today can glean as much today as people were able to in the 1960s.

The series was seen by many as a direct follow on from McGoohan’s previous series in which he played secret agent John Drake, and although McGoohan himself insisted that it wasn’t the same character, it has been suggested that this claim may have been made to avoid having to pay a hefty royalty to Danger Man creator Ralph Smart. There has always been dispute over who originally came up with the idea for The Prisoner, both McGoohan and script editor George Markstein laying claim. From the formers point of view, an isolation camp for British Agents who knew too much had figured in the Danger Man episode ‘Colony Three’, and it was whilst on location for this series that McGoohan discovered Portmeirion in South Wales, which featured as ‘The Village’. However, whilst serving with Army Intelligence during the second World War, Markstein had supposedly discovered the existence of a remote Scottish castle which acted very much as an isolation centre for military personnel, whose knowledge of classified material made it impossible to allow them their freedom during such a sensitively dangerous period. (Many years after, Markstein would cite this as his prime inspiration for The Prisoner’s core concept).

The Prisoner was a stylish production with the star as executive producer and very much in control of the direction the series took, indeed it was McGoohan himself who penned the final episode, “Fall Out” which promised to give all the answers -but ended up asking more questions. We never actually discovered who Number One was although at the beginning of each show when McGoohan asked the question, ‘Who is Number One?’ he received the reply, ‘You, are Number Six’. Or could it have been “You are, Number Six!”?, for certainly in the final episode Number 6 actually removes a mask from the face of the supposed Number One -only to reveal himself underneath it.

This of course is a prime example of the ambiguity that has kept fans of the series debating for years hence, even after (many years later) Patrick McGoohan claimed that his intention was for The Prisoner to be an allegory in which the people, places and happenings hide a message, the message here being that we are all prisoners of ourselves. By turns infuriating, complex, oblique and thought provoking, The Prisoner stands, even today, as a perfect example of original and entertaining television storytelling, as well as the almost overpowering need of one complexly gifted man to challenge the limits of a too often ephemeral and trivial medium.

The fundamental political, social and technological conflict in the world today is, as it has been for a much of the past hundred or so years is individualism versus collectivism. Does the individual’s life belong to him—or does it belong to the group, the community, society, or the state?

When we look out at the world and see people, we see separate, distinct individuals. The individuals may be in groups (say, on a soccer team or in a business venture), but the indivisible beings we see are individual people. Each has his own body, his own mind, his own life. Groups, insofar as they exist, are nothing more than individuals who have come together to interact for some purpose. This is an observable fact about the way the world is. It is not a matter of personal opinion or social convention, and it is not rationally debatable.

These ideas are at the very heart of “The Prisoner” which is one of the reasons why after decades it is still a fascinating watch that never gets old, in fact it is probably one of the most important as well as one of the greatest shows ever created.

“The Prisoner” is out now on DVD. 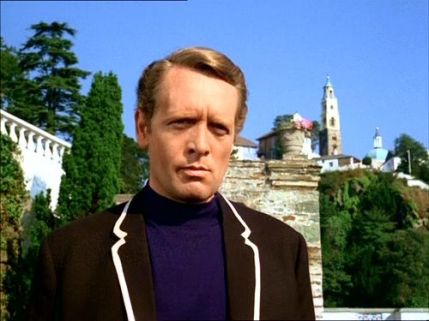 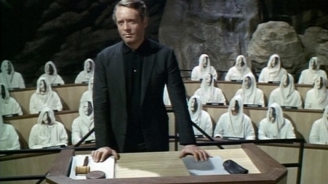