Emily: “I knew you had a secret. When you were little, you were so carefree. But these last few years, more and more, it almost like I can feel you holding your breath. I wanted to ask you about it, but I didn’t wan to pry. Maybe I made a mistake.”

Emily: “Being gay is your thing. There are parts of it you have to go through alone. I hate that. As soon as you came out, you said, “Mom, I’m still me.” I need you to hear this: You are still you, Simon. You are still the same son who I love to tease and who your father depends on for just about everything. And you’re the same brother who always complements his sister on her food, even when it sucks. You get to exhale now, Simon. You get to be more you than you have been in… in a very long time. You deserve everything you want.”

Time is a constant which means in the modern world life can be cyclical, more so in terms of cinema where certain points in life that many people relate to can be re-examined as well as reinvigorated to the point that they become recognisable genres. So almost every year audiences can be introduced or reintroduced to the high school movie genre that like its audience never gets old, just seemingly smarter, funnier and in some cases more grown up. Within that genre there are multiple sub genres such as horror, drama, comedy as well as a host of others that actually at this stage, seem endless. There are many reasons that this genre remains popular, such as any pop culture aspects of society can be laid over the top to make them seem culturally relevant, high school itself is a microcosm where larger society can be examined, it is a genre that welcomes tropes as well as subverting those tropes and, as society changes, so these movies are able to easily illustrate those changes to audiences everywhere.

The latest high school movie, released on DVD this week, is “Love, Simon” (2018), a love story that has elements of comedy as well as drama that features at its heart the titular character, Simon, who is also gay. Now there have been many high school movies with gay characters in them so this is not new, in fact last year with “Call Me by Your Name” (2017) there was a lead who was a high school aged boy that was gay, but this might mark the first time a Hollywood movie has had a gay protagonist as the main character, not only that but whose name is in the title. One of the elements of “Love, Simon” that I really enjoyed was that it had been very well made with a great young cast and an extremely competent and in touch director in Greg Berlanti who is an undeniable talent as well as someone who is interested in telling different stories about the world we live in now, although there are some conditions to that which I will look at later.

“Love, Simon” has been directed by Greg Berlanti who is known for his stellar work on CW/DC Universe television shows “Supergirl” (2015 – ), “The Flash” (2014 – ), “Arrow” (2012 – ) as well as the teen drama “Dawson’s Creek” (1998-2003) to name but a few of his credits. One of the elements of Berlanti as a story teller that seem to stand out is his ability to create memorable characters that stay mostly true to their innate personalities as well as creating plots for these characters to naturally inhabit, these are the stand out reasons why Berlanti has been able to have such a varied career. “Love, Simon” is an adaption of the novel ‘Simon vs. the Homo Sapiens Agenda’ by Becky Albertalli, which has been written for the screen by Isaac Aptaker & Elizabeth Berger who it may not be a surprise to learn that they are behind the televiios show “This is us” (2016 – ) whose story is not a million miles removed from this mvie.

Simon Spier is a closeted gay high school boy in a suburb of Atlanta, Georgia. He has a close and loving family: parents Emily and Jack, and sister Nora, as well as three best friends: Nick and Leah, whom he has known most of his life, and newcomer Abby. One day, Leah informs Simon about an online confession of a closeted gay student at their high school, known only by the pseudonym “Blue”. As “Jacques”, Simon begins communicating with him via email. The two confide personal details and form a connection. However, their emails are accidentally discovered by another student, Martin, who is infatuated with Abby. After learning his secret, Martin blackmails Simon by threatening to make his emails public unless he agrees to help Martin win over Abby. Simon begins to suspect that his classmate Bram is Blue.

The trio of young actors that make up the cast of “Love, Simon” are all impressive in their roles that are like most high school movies very different as well as trope laden. In the title role is Nick Robinson who has film and television experience, here creates a character from a novel but is charming as well as inventive enough to make a compelling lead as well as someone who has to play very different aspects of the same character. His friends Katherine Langford and Alexandra Shipp are both very convincing in sharing the spotlight, both have come from different backgrounds as well as projects that in their own way are very extreme in their subject matter, so it is great to see them in something that is light-hearted but important as well. Rounding out the cast are two experienced character actors in Josh Duhamel and Jennifer Garner who are the experienced rock that this movie is set against, they both are liberal leading parents as you might expect but of course are both a joy to see and have some chemistry with each other as well as Nick Robinson.

This movie serves a purpose, one that is to create a high school love story with a lead that is gay which is a step that has needed to be taken in Hollywood movies, it reflects segments of society that are relatively rarely seen onscreen which is not only welcome but also creates more originality in what must be a tired genre. My only real criticism is one that haunts many movies that are trying something new which is the concentration on the new aspect to the detriment of reality as well as some of the more common issues that are present in peoples lives. In terms of this movie to avoid complications Simon needs to have parents that are not only liberal but very well off with no other issues that might be present in real peoples lives like, money issues, political pressures, social pressures, making bill payments and other aspects of life that are very ordinary. Also Simon attends what must be a progressive school with little pushback from many teachers or students, which is a great thing to be able to have, but even in 2018 this might not be too realistic. Much like the recent movie “Wonder” (2017) which had similar issues where the family as well as the school are so liberal and have so much money that there were no other real issues for people to face. These aspects do not stop the enjoyment of the movie but they do paint a picture of liberal acceptance being linked to affluence as well as whiteness which to me is a problem in the long term as it seems to say that rich white people are liberal as well as educated and are above pettiness which is reductive as well as not true. What may have been more realistic as well as adding more variation in the plot would have had been to have more pushback from school, some marital issues or jeopardy that other characters may have had to face, it is not that big of a challenge but could open the story up for others.

While this might not be the perfect movie it is a very welcome entry into the comedy/drama/relationship high school movie that not only will appeal to the younger demographic it might also be an entry way to having awkward conversations with parents and their children. It illustrates that in this life there is not just one way to be but opens up avenues that others may have never thought of as adolescence starts or comes to an end. This is a very good watch, one that should be seen in groups, as it is a communal experience that should be shared. It also asks to be viewed more than once so don’t be shy go out and get this now. 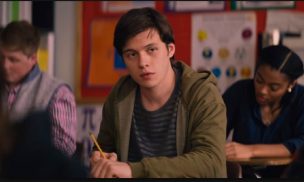 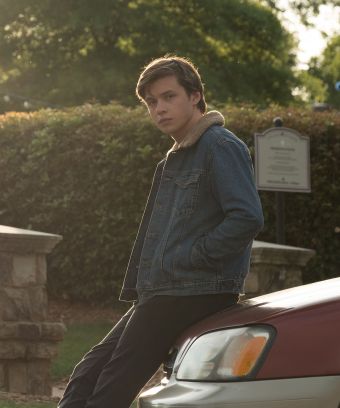