Joseph Solomon: “You’ve been looking shit up on the Internet. No, this is Gnosticism.”

Sophia Howard: “I was told it was based on the Kabbalah.”

Joseph Solomon: “It’s there as grammar. A structure. The Kabbalah is an exploration of god. We’re doing something much darker…”

The horror genre is absolutely full of unoriginal ideas, rehashed stories, half hearted attempts at telling what may seem like original ideas, but aren’t – each year sees more and more low budget time wasters that really needn’t have bothered – but sometimes, just sometimes something magical happens, a film comes along that not only breaks the mould but aims to rise above not just filling a horror narrative with jump scares and retreads – I am happy to say that “A Dark Song” (2016) is just that kind of movie. This is what genre films should be, metaphors for something real as well as adult, that has ramifications in the real world, with characters who are not only believable but also have agency as well as have real risk to what they are doing. This is such a well crafted horror film with pacing that belies its scares that you would be forgiven for thinking this was an experienced director and not a first timer.

This is a stunning debut from Liam Gavin who seems to have come out of nowhere to deliver a film that has one toe firmly in reality, while skimming the borders of horror as well as fantasy as easy as anyone ever has. Gavin has not only written a tightly plotted story with a fairly simple story as well as employing only two characters, but has also made something that is pretty unique within not only the genre but also for first time directors. This is a story about isolation, love, anger as well as forgiveness. There is so much that is so right about this film that it will stay with the viewer long after the end credits roll. “A Dark Song” is something the horror genre lacks, a memorable experience that will leave a viewer wanting more.

The film is based around Sophia (Catherine Walker), a middle-aged English woman grieving the death of her murdered son, seven-year-old Jack, who was abducted by a group of teenagers for a cult ritual. She rents a house in rural Wales and hires occultist Joseph Solomon (Steve Oram) to perform a months-long rite detailed in the Abramelin, European Kabbalistic grimoire, used to summon one’s guardian angel.

The one word that I would use to describe “A Dark Song” is authentic, it is a film that takes itself seriously for its entire running time, which it has to if it is to work on any level at all. Gavin seems to have researched and written this film so well that it is easy to believe that the enchantments, spells and dogmatic rules that the main characters follow are all authentic and could be done by an experienced practitioner. That is something that is missing from many horror films which may seem odd but there is a large proportion of this film that is dedicated to process while ratcheting up the tension between the two characters as well as all the actual horror they both endure. “A Dark Song” is more than jump scrares, gore and creaking floorboards, there is an unsettling amount of reality and low-fi effects that add to the general eeriness inherent within the film.

This is for all intents and purposes a two hander that is full of dialogue between the two extremely capable actors, Steve Oram and Catherine Walker who have been a staple of many independent movies as well as television in the UK for many years. Both are playing co-leads here and their experience counts for so much as does the trust they obviously have not only in each other but also in their director. It falls on Oram to do much of the heavy lifting for the first half of the film where he has to play his character on two levels, while being a manipulator throughout. It is up to Walker to be the instigator as well as antagonist and protagonist to almost everyone and everything else in the film, she also acts as not only a kind of femme fatale but unreliable narrator to the audience and Oram’s character as well. Without giving too much away this erstwhile revenge story takes Walker’s character on a journey to places she may never have really believed in or wanted to face about herself – she has to convince the audience of a variety of motives that lead to an original emotionally satisfying ending that much of the genre do not face up to, that is reality in relation to living life after tragedy.

“A Dark Song” is all about loss and what that can mean to people, their identities as well as what they are willing to do to negate that loss. Of course at the heart of this film is a mother mourning the loss of her child, what that means to her as well as her inability to move on from that loss. Sophia hides aspects of her loss from Joseph, which makes things difficult between them, but it is not until she comes clean with him that the story really takes off as does Sophia’s journey into darkness. Throughout the film Sophia also loses her inhibitions, her innocence, her identity, her partner and ultimately choses to lose guilt as well as her hatred and want for some kind of revenge. Of course the story would not be complete without her gaining something as well, but it is with the loss that she really gains something, but that is for audiences to experience, which again is something unique about this film and has to be experienced.

It is a joy to watch a film that is so perfectly paced as this one is, especially by a debut director who has the courage to stick to his guns in relation to not rushing the narrative to get to the plot. If anything this film is light on plot in terms of the actual story as well as the aims of the main characters, this is all accomplished naturally as there are only two characters to contend with, their own motivations are in fact relatively simple. This comes from the fact that there are few revelations or false starts as we see everything on the screen as it happens so it is a natural style of storytelling following a cause and effect style narrative which does have a natural conclusion. This to is something refreshing in the horror genre, as many films either set up some ambiguous ending, as the writers or directors either want to set a future up, or do not know how to end a story.

The music by Ray Harman is an aspect of this film that is so impressive, Harman has a huge amount of experience in film and television, which shows when you experience how this movie is put together. This is not the normal horror soundtrack with a deep bass, loud then silent effects to influence an audience, not once does this soundtrack get manipulative, it is all subtly and atmosphere, which is also how the sound mix is – it is one eerie sounding film, I dare you to watch this in a dark room at night then try not to think about it as you go to sleep.

This is not only one of the best as well as more enjoyable horror films I have ever seen, it has to stand as one of the best movies of 2017 in my opinion. For its budget, its small cast, the subtle effects as well as sound design and the fact it is a debut from a new writer/director this is a truly great film. This is just the latest horror film that the UK is producing seemingly at will. I cannot recommend this film highly enough, it proves that no matter how mined a genre is there is always something original to say with thought, emotion and originality – go and get this now, it is eminently rewatchable. 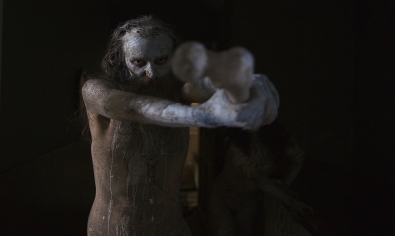 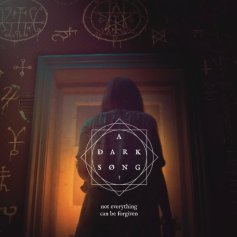