Narrator: “In the criminal justice system, the people are represented by two separate yet equally important groups. The police who investigate crime, and the Crown Prosecutors who prosecute the offenders. These are their stories.”

There are many examples of successful television shows being extremely popular in one country, then being remade and transplanted to a new country to bring a local flavor to that successful brand. Many do not succeed either because the execution is poor, or there is a misunderstanding about what made the show popular in the first place. However with the now defunct “Law & Order: UK” (2009 – 2014) the production took a route that really should have made the show more successful – it casted up with well known actors that had been part of other successful international productions. However, where they missed the boat was that instead of either making stand alone only episodes (which was a strength of the US franchise) or making long interconnected stores they stranded themselves in-between, meaning there was an element of confusion which flowed through to the inevitable audience that came and then left.

The format was simple, the first half of any episode focusing on the perpetration of a crime and the related police investigation typically culminating in an arrest, while the second half follows the legal and court proceedings in an effort to convict the suspect. In the early episodes there was little about the characters outside lives with the focus on their lives at work, but as the series progressed this did change as there was little life outside the job for most of the cast – which if you stop and think about that aspect is highly unrealistic. The opening narration is largely the same as that of the American series, staying on brand, but replaces “district attorneys” with “Crown Prosecutors”.

The detectives often have few or no good clues and must usually chase several dead ends before finding a likely suspect. They investigate the crime by collecting evidence at the crime scene (with the help of Scenes of Crime Officers (SOCOs)), visit the coroner or forensic pathologist for clues to the victim’s cause and time of death (sometimes the victim’s identity from dental records or fingerprints). The police will also inform relatives of the victim’s death, interview witnesses, trace the victim’s last known movements (by talking to the victim’s family and friends). as well as visiting the crime laboratory for evidence, records and research for information on financial details and background information on both victim and suspect.

When the investigation leads to one or more suspects, the police will take the case to their boss, who decides if there is enough for a search and/or arrest. The detectives will then arrest the suspects(s), with sometimes the police having to chase the accused through the streets of London. The scene then shifts to the interrogation room where the detectives interrogate the suspect(s), until they ask for a solicitor, their defence barristers show up and asks the suspect not to talk anymore or the Crown Prosecution Service decides they have enough to press charges.

The matter, at this stage, is taken over by a pair of crown prosecutors, a senior crown prosecutor and a junior crown prosecutor from the office of the London Crown Prosecution Service. They discuss deals, prepare the witnesses and evidence, and conduct the Crown’s case in the trial. The crown prosecutors work together and with the coroner’s office, the crime laboratory, and psychologists and/or psychiatrists all of whom may be needed to testify in court for the prosecution. The police may also reappear to testify in court or to arrest another suspect, but most investigation in the second segment is done by the CPS office, who always consult with the local London CPS Director for advice on the case. If the case is very weak then the police would re-investigate.

Unlike many legal dramas the court proceedings are shown from the prosecution’s point of view, with the regular characters trying to prove the defendant’s guilt, not innocence. The second half usually opens with the arraignment of defendants and proceeds to trial preparation, including legal research and plea negotiations. Some episodes include legal proceedings beyond the testimony of witnesses, including motion hearings, (often concerning admissibility of evidence); jury selection; and allocutions, usually as a result of plea bargains. Many episodes employ motions to suppress evidence as a plot device, and most end with evidence or statements being suppressed, often on a technicality. This usually begins with the service of the motion to the CPS team, follows with argument and case citations of precedent before a judge in court, and concludes with visual reaction of the winning or losing attorney.

As with many “Law and Order” episodes from many of the different variations the cases can be based on either real events, real cases or topics that can be shoehorned into a narrative and played out in front of the audience. The show has a strength with this type of narrative as the cast is made up of not only different genders, but age, culture and socio economic status so a variety of points of view can be taken into account as well as being presented of people to make up their own minds. So we see the accused offering such defenses as Diminished responsibility and Temporary insanity. Also episodes revolve around moral and ethical debates including the right to die, the right to life and the right to bear arms. The episode usually ends with the verdict being read by the jury foreperson and a shot of both the winning and losing parties.

There is much to enjoy about this series, which in my mind could have lasted longer than it did on television screens, especially with the popularity of not only the franchise itself, but the advent of international streaming services. Not only that but this show always casted well with the later introduction of other actors, in particular the great Peter Davison in a major part.

The real strength of the show was the cast who were all almost huge stars in their own right, leading the way from the police end was Jamie Bamber as Matt Devlin (who lasted until season five) and Bradley Walsh (who stayed with the entire eight seasons of the show) who were perfectly cast as a young and old cop teaching each other old as well as new tricks – they both had demons but these did not play huge parts in their own development. Casting Bamber and Walsh immediately gave the show some credibility with Bamber coming off the great genre show “Battlestar Galactica” (2004 – 2009), and Walsh being a mainstay of UK television. On the Law side the casting was equally as canny with the legend that is Bill Patterson as the director of the CPS (until series four), character actor Ben Daniels as James Steel, the senior CP and finally the outstanding Freema Agyeman as Alesha Phillips (until series six). All of these actors brought something unique to the show, when one or more left they were always replaced by others that gave different spins on similar jobs, which was always refreshing.

The first four seasons have recently been released as a box set, which is ideal as these are probably the best seasons on offer as well as the very best cast that was available. The stories are enjoyable but the camaraderie between all of the characters is in top form, as is the locales that are used for each story. You will find it easy to watch as well as later re-watching these episodes – there is no doubt in my mind that this show could have lasted longer, especially if they were able to keep the cast that was assembled for these particular episodes.

In terms of the crew there is a vast array of writers as well as directors on oofer here but like all good workmen they keep to not only the script of the show but also the look and feel so that it really is difficult to put any kind of personal stamp on any given episode. This is a good as well as detrimental aspect of not only this show but any of these franchise shows as they become a little like visual McDonalds – you know exactly what you are getting and there is comfort in that, but there is a lack of originality as well as spontaneity. Of course what the show has done is to stick to three main cinematographers which assists in keeping the general look the same, so one could say that they are having the most say of any perceived style the show has-.

The first four seasons have recently been released as a box set, which is ideal as these are probably the best seasons on offer as well as the very best cast that was available. The stories are enjoyable but the camaraderie between all of the characters is in top form, as is the locales that are used for each story. You will find it easy to watch as well as later re-watching these episodes – there is no doubt in my mind that this show could have lasted longer, especially if they were able to keep the cast that was assembled for these particular episodes. 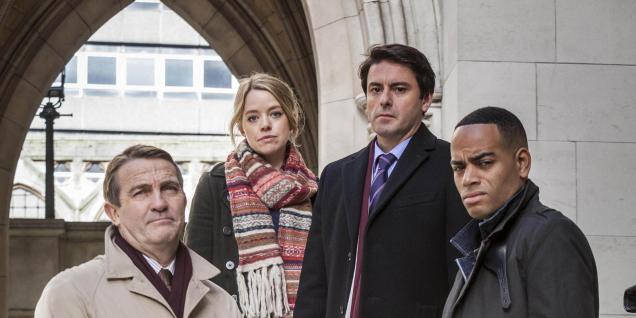 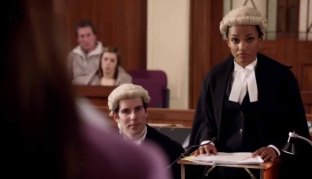