The film depicts the meeting and early friendship of Greg Sestero and Tommy Wiseau, the actors behind the 2003 cult film The Room, a film often hailed as the Citizen Kane of bad movies, the troubled making of it, and their respective careers after the surprising success of the film.

Produced and directed by James Franco. 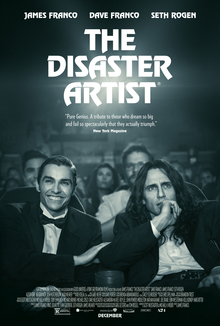