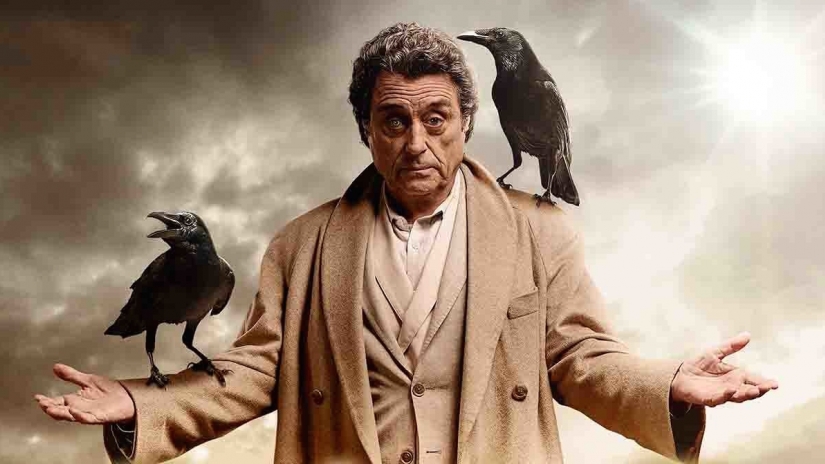 The series focuses on Shadow Moon, a man serving three years in prison. With only days remaining in his sentence, Shadow is given an unexpected early release after his beloved wife Laura is killed. Shadow finds himself next to a man named Wednesday, who offers Shadow a job. Wednesday appears to be nothing but a con artist who needs Shadow as a bodyguard. The story continues…

Episode Six: “A murder of Gods”

Mad Sweeney: “I’ve done the math. This times that equals you’re a cunt, divided by the only way I’m going to get what I need is if you give it to me, equals the only way you’re going to give it to me is if you don’t need it. Like my friend Jesus Christ, the only thing you need, dead wife, is a resurrection.”
Laura: “Did you just name drop Jesus Christ like you know a guy who knows a guy?”

This week we have another “Welcome to America” moment with a bunch of Mexican’s crossing the border into the U.S., we are introduced to another of the old Gods, this time its Mexican Jesus who helps his people cross the border, even saving one from the Rio Grande. However the interlopers get a very real Welcome to America from a quasi border patrol, or a firing squad – here we see their Jesus die for their sins – it is a very real and horrific moment where we see a literal possibility facing people daily – for those that believe in the New or the Old Gods. Welcome to America indeed.

As I have already said this show is all about belief, this is no more so than when Wednesday (Ian McShane) and Shadow (Ricky Whittle) enter the town of Vulcan where belief takes a different turn. The entire town believes in one thing we all recognise as all too American – the belief in guns and ammo. The leader of this town is an old school God who with the Second Amendment as his co pilot is doing better than possibly any other God in the show, even more now that there is an orange haired orangutan in office. The other more pointedly aspect of the town is the periodical sacrifice made to this old God in the form of the accident that fuses a blood sacrifices soul with the bullets this town produces for the rest of America – talk about spreading your influence. Look for the excellent Corbin Bernsen as Vulcan who knows who he is as well as what he is selling to his followers, just creepy stuff that shows when someone knows who he is, then everyone is happy.

In my mind this show really is just getting started with its attitude toward belief systems new, as well as old. Like the book before it the show is maintaining its look at American life in this new century while staying relevant to these times we live in. We are nearing a point in the show where motivations are becoming more clear, especially in terms of Mr. Wednesday and the strangeness that he is introducing Shadow to.

The other half of the episode involves Mad Sweeney (Pablo Schreiber), Laura Moon (Emily Browning) and Salim (Omid Abtahi) all on their own trip to a murder of Gods as are Wednesday and Shadow, although they do have their  own motivations to contend with. Look out for the great dialogue between the three of them, just great writing with an eye firmly set on the next few episodes.

This episode has a new director in Adam Kane as well as a new cinematographer in Aaron Morton both who are following the style and palate set out out earlier by the production team led by Fuller and Co. Both of these gentleman have extensive television experience with a variety of successful episodes under their belts they definitely are bringing their ‘A’ game here. One again I simply cannot wait for more episodes to air. 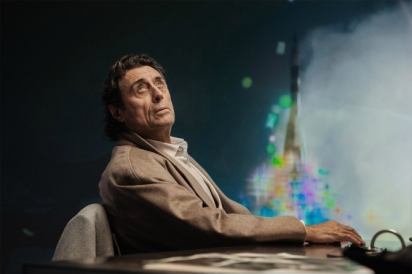