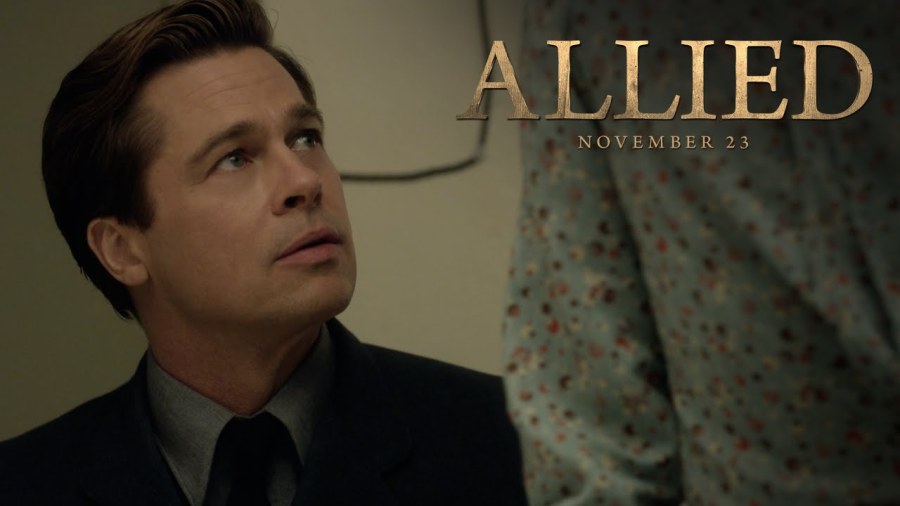 Max Vatan: “Heard a lot about you, saying you were beautiful… and good.”

Marianne Beausejour: “Being good at this kind of work is not very beautiful.”

War films have been a staple of Hollywood for over a hundred years, for the most part they work, they have told stories of pre, ante and post war situations thay have resonance through the ages, whether this is because some have been ‘boys own’ adventures or they delve into why mankind must continually fight for their place in the world is not clear, there a truly a multitude of reasons they are still being made.

This new film from writer/director Robert Zemeckis is a kind of throw back to classic war films with hints of action and thriller genres implicitly available for the audience to enjoy. For many years the director had been heavily involved in the motion capture 3D world of cinema that has led to many breakthroughs in technology. His last two films, “The Walk” (2015) and “Flight” (2012) were dramas heavily imbued with CGI effects – they seemed like an attempt to marry heavy drama with some kind of CGI spectacle. “Flight” was easily the more successful with a modest budget that garnered lead actor Denzel Washington with an Oscar nomination and a worldwide box office gross of US$160 million. “Allied” was not the critical or box office success that he had hoped for, with a much larger budget and decreasing returns for the studio. It’s a shame because this is not a bad movie, just not a great one from a director who still has much to give and create.

The film is initially set in 1942 during World War II, Royal Canadian Air Force intelligence officer Max Vatan (Brad Pitt) travels to Casablanca in Morocco to assassinate the German ambassador. He is partnered with a French Resistance fighter named Marianne Beauséjour (Marion Cotillard), who had escaped from France after her resistance group was compromised and killed. The mission goes well and they both escape. Max asks Marianne to come with him to London and be his wife. The two get married, settle down in Hampstead, and have a baby girl named Anna.

A year later, Max learns from the Special Operations Executive that Marianne is suspected of being a German spy, having adopted her identity after the real Marianne was killed in France. In order to test their suspicions, SOE run a ‘blue dye’ operation: Max is ordered to write down a piece of false intelligence at home, where Marianne can find it. If the information is picked up from intercepted German transmissions, Max must personally execute her, or be hanged for treason. Max is told otherwise to act normally.

When a film arrives with a cast that includes Brad Pitt, Marion Cotillard, Jared Harris and Lizzy Caplan is directed by Zemeckis and takes place during World War II there are some pretty high expectations that are in place even before you start to watch the film. The film starts well but hampered by what is, putting it mildly, a pretty formulaic script the film descends into a bit of mess – at one point it wants to be a complex melodrama about spies who really don’t know who to trust and then descends into the most predictable thriller.

There is some chemistry between the leads as they are left to carry the film to it’s bitter end. Pitt seems to be playing the a-typical against authority American who doesn’t trust anyone around him and comes up against the prim and proper English hierarchy- a very played out trope in cinema history that is a bit tiresome to see once again.The supporting cast is great led by the inimitable Jarod Harris, as the officer in charge, who steals scenes like the professional he is. I love seeing him in whatever role he plays – he inhabits them, he also reminds me of a Timothy Spall type, which is the highest compliment I can make. The only casting issue I had was with Lizzy Caplan who seems to be overplaying and overacting her part as Pitt’s sister – I always thought she was a pretty good actress but her part here  seems to be changing my mind.

Now don’t get me wrong this is not a bad film, in fact it is very good which has to be laid at the feet of Robert Zemeckis, someone who has been making films for over five decades and knows how to tell a story as well as where to place the camera for maximum effect. Once again though my feeling is he wants to deliver the maximum bang for his back special effects wise, this he does perhaps too well, taking his eye off the minutiae of the actual story. There were some parts of the film that seemed odd, the so obvious hand double when Pitt is shuffling cards, as well as Cotillard giving birth outside during an air raid. The film is filled with stereotypes, tropes and archetypes so if you don’t mind that or have not seen a film set in England in World War II then this might be the movie for you.

Despite all this I would recommend seeing the film just for a fantastical look at a couple of spies during World War II that have more to hide than they ever let on. If you want to see Pitt really shine in a spy film then re-watch “Mr. & Mrs. Smith” (2005), a nice variation and full of great action.

“Allied” is released on DVD and Blu-ray next week. 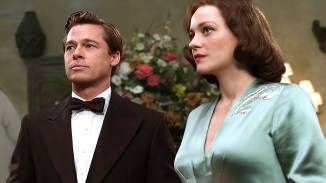